I love the player Mostafa will become. He still has got things to learn, things to rub off. He already has. He used to block a heck of a lot. Today, his movement was impeccable, it’s only in the fifth that Paul complained about it, between a short period, 4/4 to 8/7, and was warned by the ref that if he continued in that vein, he would be penalised.

All that to say Mostafa was getting on Paul’s nerves, it was obvious to me anyway…

From 2/2, 3/3, 4/4, 5/5, 7/7, Paul gave it a big push, 11/8, with the young man losing a bit his “it’s a practice day” feel he had the whole event, and being a bit too excited. Experience did the talking in my view.
To be noted that the error count for 0 for both players in that opener…I love Paul’s guttural shouts, so AllBlacks culture, I can hear/see the Haka every time, and it gives me goosebumps.

The fifth. Again, close the whole way, a bit of warning for bad movement like I mentioned for Mostafa, 4/4, 7/5 Mostafa, 7/7, two video decisions let for movement.

At that moment, the Egyptian maturity stunned me. From the young mad puppy we saw at the start of the match, all over the place, we saw hatch a mature/calm/poised player, that changed his tactic completely at 8/8: slowing the pace to nearly a halt, taking the pace off completely, being more patient that I ever thought an Egyptian could be, he forced two errors out of Paul’s racquet to set up 2 match ball.

Still patient, still working very hard, but Paul is pushing so hard, throwing everything at the young man, and it pays off, two errors out of the contender’s racquet, 10/10. A backhand low drive kill sets up another match ball for Mostafa, a mammoth rally, and it’s a winner for the Egyptian, or he thinks it is.

Without thinking, he switches to the culture he knows, football – as the celebrations he normally displays are in homage to a young football player that got very ill, Momen Zacharia – and gets rid of this shirt and throws it outside the court! Paul is livid, as he asked for a let. Video decision, it’s a no let.

I wonder what would have happen had it been a let… 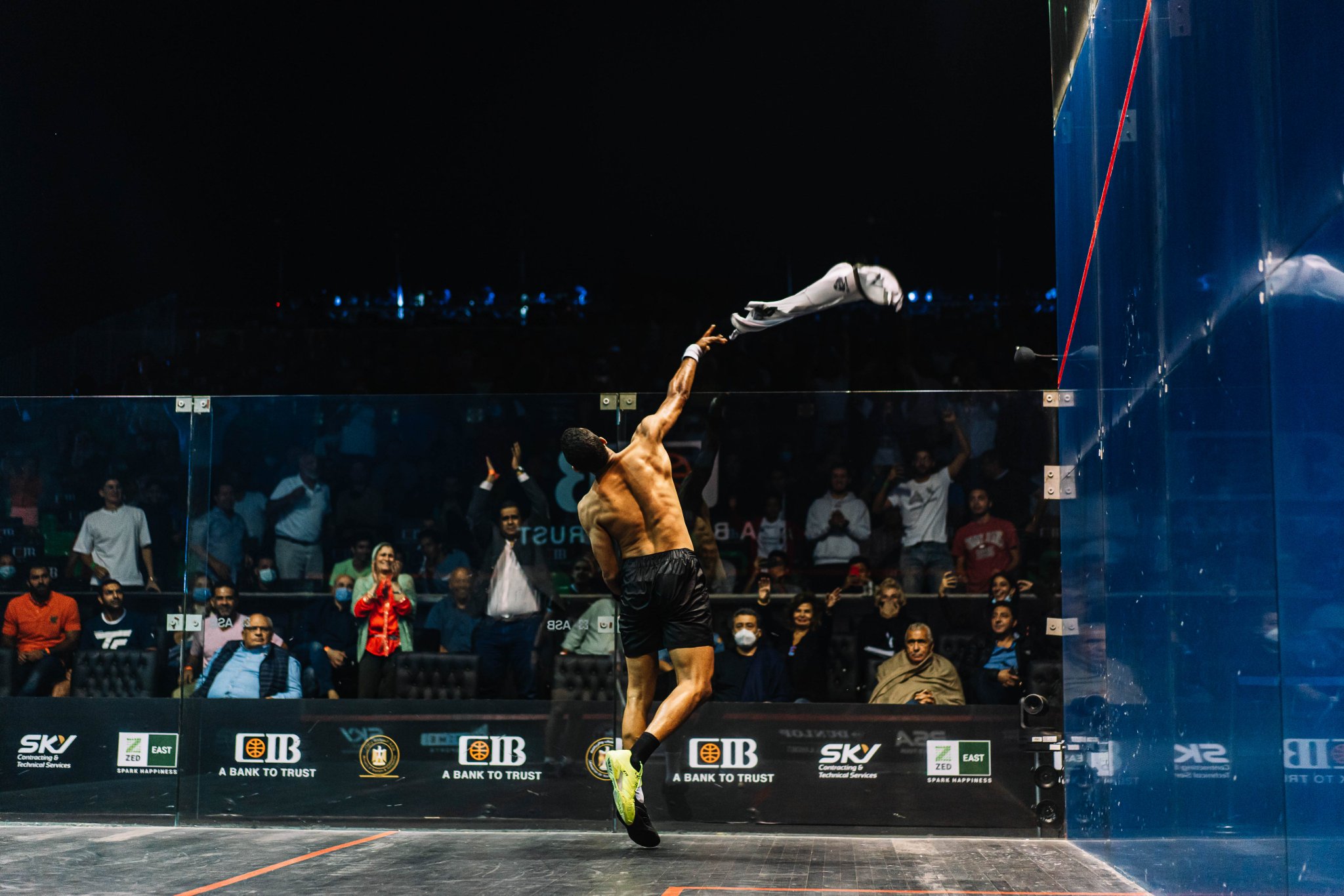 “Everyone who is Egyptian plays like this in this country.

“The support of this crowd is unbelievable. Without them, it wouldn’t be like this.”