“I’m feeling good, he’s a very tricky opponent and it was my first time playing him so I didn’t really know about him. I watched a few of his matches on YouTube and he’s very fast, very sharp on court and uses his body very well. I knew he would be bit tired because he arrived here yesterday from Canada so the jet lag would hit him, but he never gives up, so I tried to make it as hard as possible for him and it worked and we’re happy with the 3-0 win.

“I was very nervous before the match, I’ve been injured for four months and I didn’t know what to expect. Last week I played in Nantes [at the French Open] and think I did ok, but I think I’m getting in shape and every tournament I’m getting better and better, so I’d say my mental strength in this match is what I’m most pleased with.” 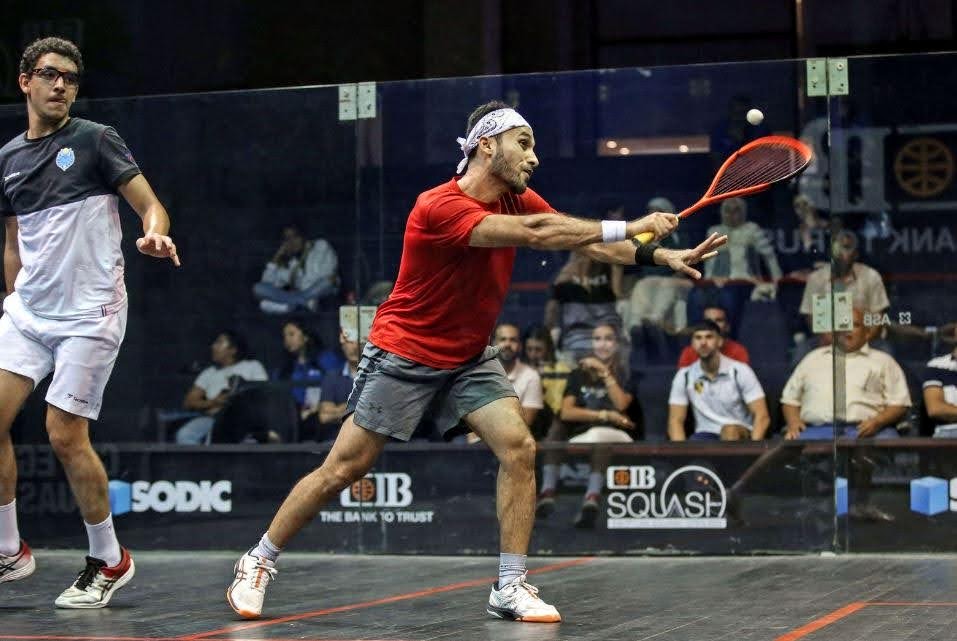 “I performed well today. It’s the first match of the tournament and the players in Egypt are at a good level so I had to be really active in the match today. My objective was to get into the groove and not make an error, it worked today and I’m really happy. My dad is around which is good to have his expertise which is blessing.

“I like the courts here, it’s iconic and I hope to play by the pyramids in the quarters. I’ll push through tomorrow and I’ll do whatever it takes”