It is very nice to see Zeina fit again, I must say. So many months, she’s been injured, then recovering from injury but not fit enough to compete, tinning the ball galore, but today she was a real threat for the first two games, and SJ had to make sure she was getting to all her attacks to start frustrating her and get a few too many errors at the start of the third…. 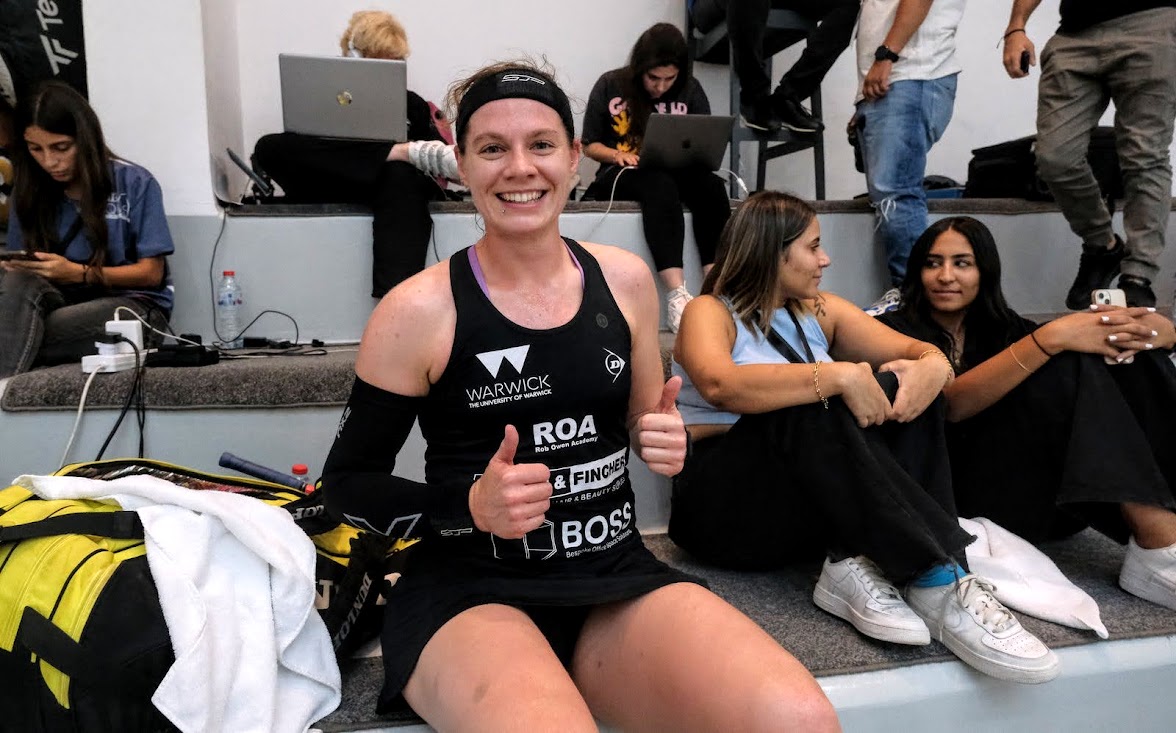 I just wanted to stay calm. I know she is very skilful, and she likes to shoot, and I knew she would start like a train, which she did!

It’s difficult, it took me a while to adapt, because the court was much colder than in practice this morning – with the AC. I just stuck in there and half way through the first game, I started finding the back a little bit, making her hit those shots from either not balanced or from the back. And so I was actually able to get to them.

It wasn’t perfect for sure but it was definitely good enough, and I’m happy with that.

I’m playing the winner of Alex and Liv. I don’t think I every played Alex and I haven’t played Olivia for a while. So it’s nice to face new people although I don’t think I played Zeina since the US Open last year. I like the challenge of working it out when you play new opponents. If you play the same person, you already have the plan, don’t you. But when you play different people all the time, I like the mental side of adapting to them and playing my own game, and maybe trying to neutralise their strength and expose their weaknesses. And stop them exposing mine! 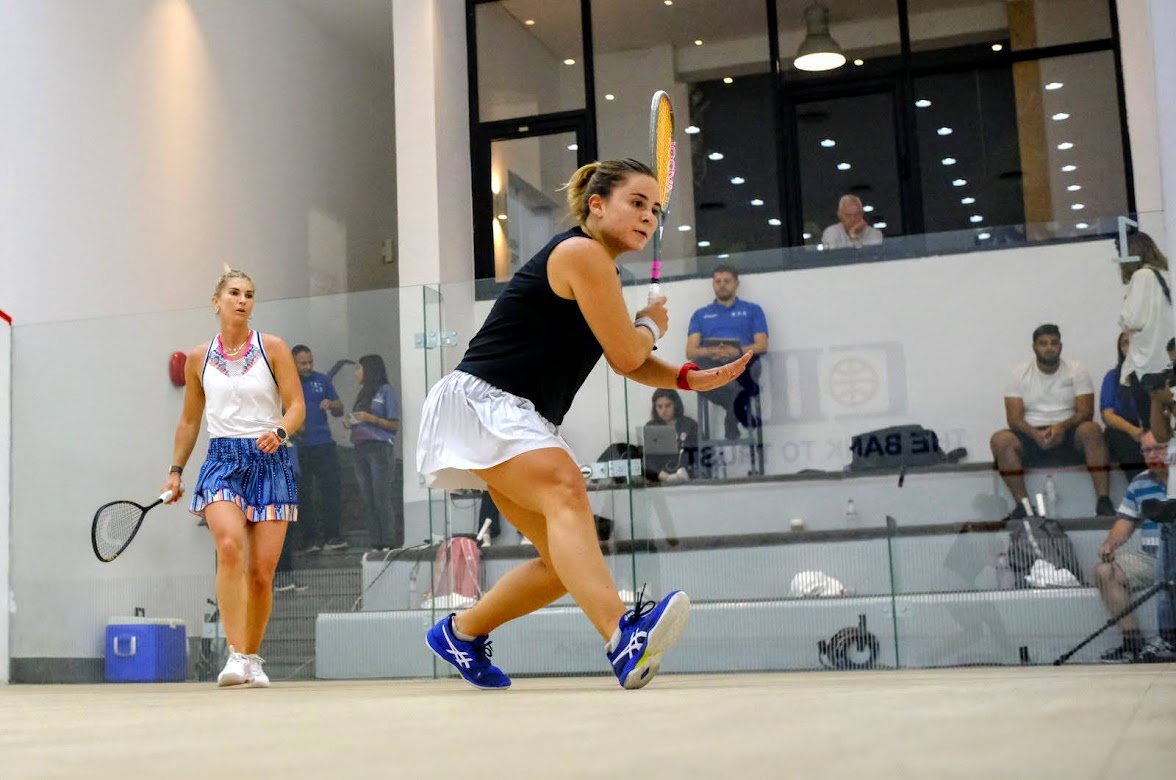 A bit of a weird game between Olivia and Alexandra. It looked like Alex was going to get her first win against the American – mind you they had only played once in 2016 – when Liv found herself down 1/0 and 6/1.

Out of the blue, the MiniYankee found her game, keeping the South African away from the ball and putting her under pressure, finally getting a few errors here and there. The turning point of the match in those game balls she saves in that game, turning the tables around and instead of 2/0 down, battling away 1/1, 12/10 in 10m. 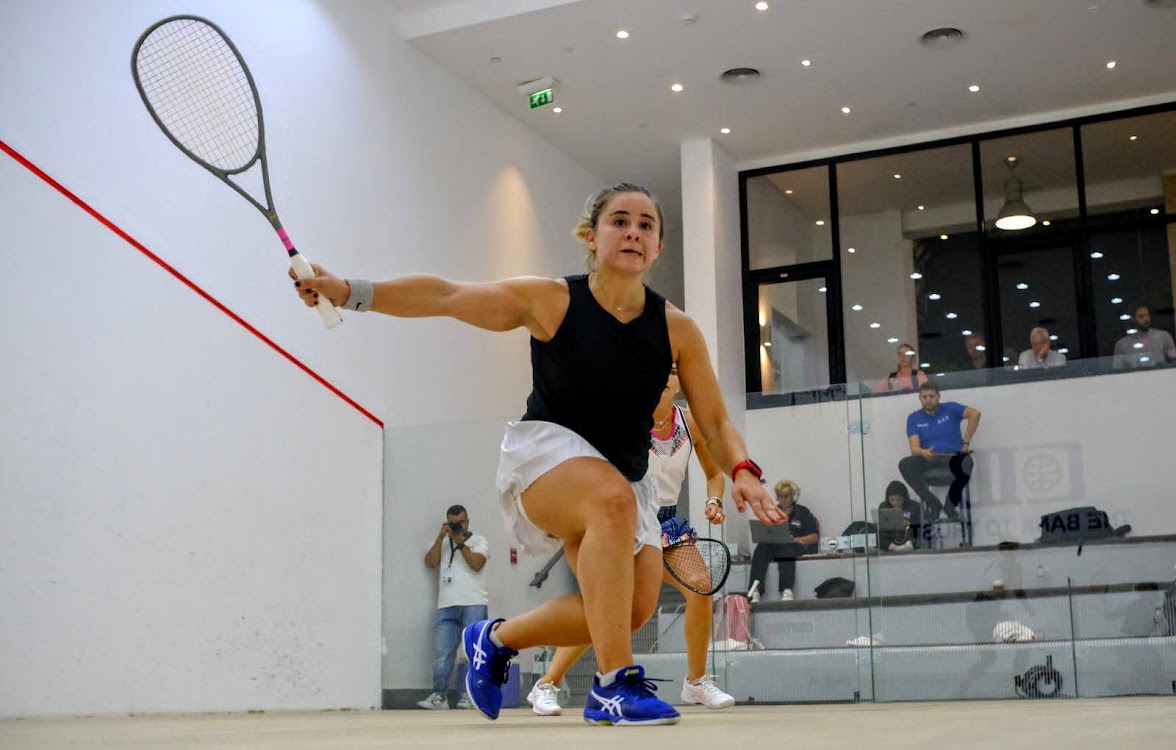 Honestly I really believe that Alex outplayed me. She was holding really well, she was forcing me to be nervous and make nervous decisions, desperate decisions, and that never goes well.

But today, I dug in. And the one thing I promised myself this year was that I wouldn’t be nasty to myself. That I wouldn’t get down on myself, and make a bad situation worse, if I was to continue to do this, because I had my doubts.

I was my own best friend tonight. I was nervous, and I wasn’t playing well, I struggled to make good decisions, but tonight I was definitely my ally out there. I fought for myself there. And I decided you know what, if she plays a perfect shot, it’s a perfect shot but I’m going to do my best to make it as hard as possible for her.

So, honestly, squash was terrible, but the mindset was a huge win. It’s a huge accomplishment for me. It would have been so easy for me to go very negative, telling myself I suck, I shouldn’t play that game anymore because that’s what goes through my head sometimes.

But tonight I was no, stay, see it through, you never know what happens. Keep backing yourself, keep backing yourself. And you know what, a little bit of pressure and it’s 7/10 8/10, starting knocking on the door, force a few errors, she is starting to shoot too soon. And all of the sudden, I’m the victor, and instead of being 2/0 down, complaining to myself how terrible I am and having to fly home early, I’m locked in at 1/1.

Tomorrow, Sarah Jane. Nothing to lose, I’m looking forward to it. I want to play loads of matches this season. I go to tournaments, I play one  match, it’s not easy to win matches, everybody is so good. I want to be here, I want to go through 2 or 3 outfits per tournament. Outfit number three tomorrow!

“To win my first match 3-0 is really pleasing – it’s a big plus for anyone, I’m going to be fresh for tomorrow and happy to finish it in three.