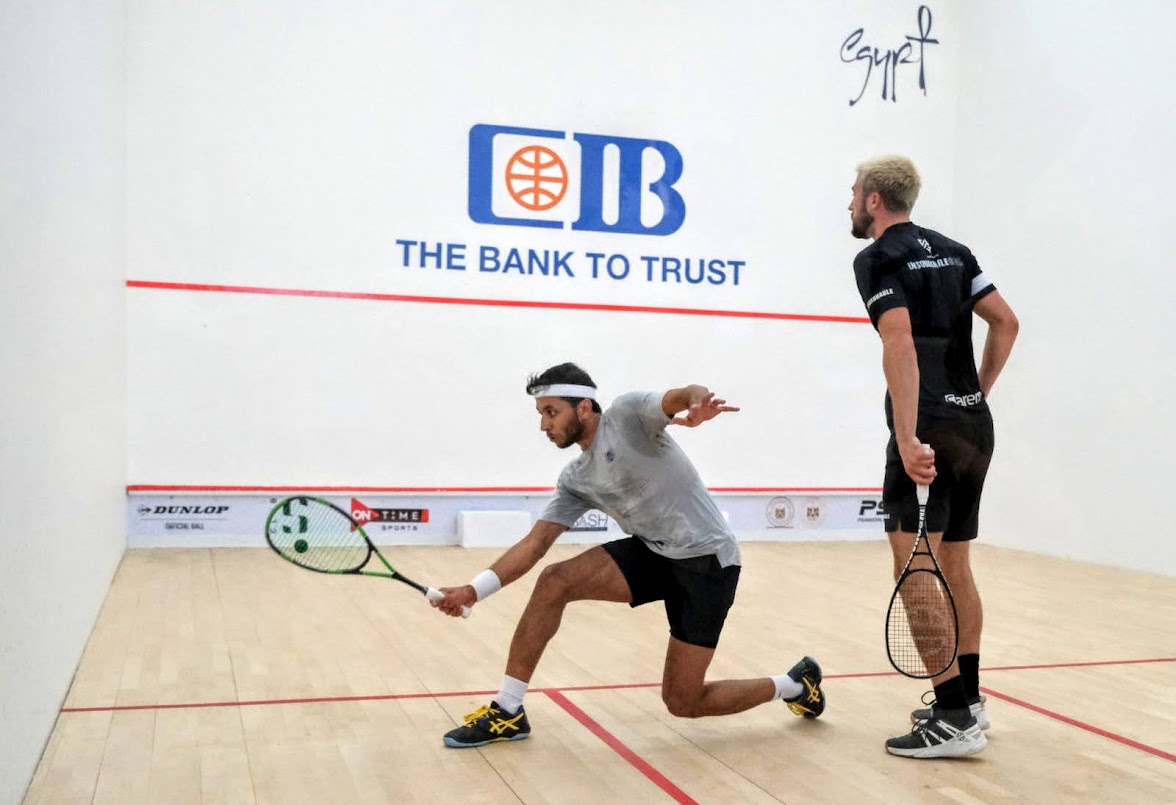 I feel that the camp of Abud (Al Tamimi) must be aging about 10 years every time he plays. His brother was here on top of his coach Rodney Martin, and his team mates, supporting him. On the other side, Nick was on his own, and could have done with someone in his corner I felt especially when he  lost the plot after a harsh no let in the 3rd game point, and spent his resting time plus 6 points in the fourth game being extremely unhappy with the ref – and telling him so face to face.

Nick has huge talent. And he knew he could win this. Maybe he expected a bit too much of himself today? But to be fair, Abdulla is up one minute, playing extraordinary squash, then off he goes with the fairies, no real consistency and it must be very difficult to stay calm and contained when you are on top of that unhappy with the ref…

Nick looked the winner in the 5th, 4/1, 9/5, but a welcome second wind for the Qatari, and despite the English having 2 match balls, it’s Abud on his first attempt that takes the game.

I think the people watching me are more nervous than me on there. But then again, I know I’m not that easy to deal with. It’s a typical match I probably would have lost 3/0 in the past. Even in the warm up I was like hitting 15 tins, and I knew it was not going to be an easy match….

He is a good player, he is firing in, he hardly miss, and he hardly missed today as well. The ball was not staying as tight as I wanted, not finishing as tight so I played more crosscourts. He’s got a big reach and a strong body so I was trying to stay a bit longer in the middle with him, which is something I don’t like to do.

Rod always told me that at some point I was going to feel tired in a match, but you have been training hard, so you can have that second wind, and suddenly, you’ll feel fresh again. It happened in Qatar Classic, it happened today. I just need to believe in my fitness, I mean, I shouldn’t lose because of unforced errors, I want to toughen up mentally and find a way to win. At the end, I was picking up a lot of balls I didn’t pick up at the beginning of the match.

Like I said, in the past it’s the kind of matches I would have lost and that I’m happy to win now. 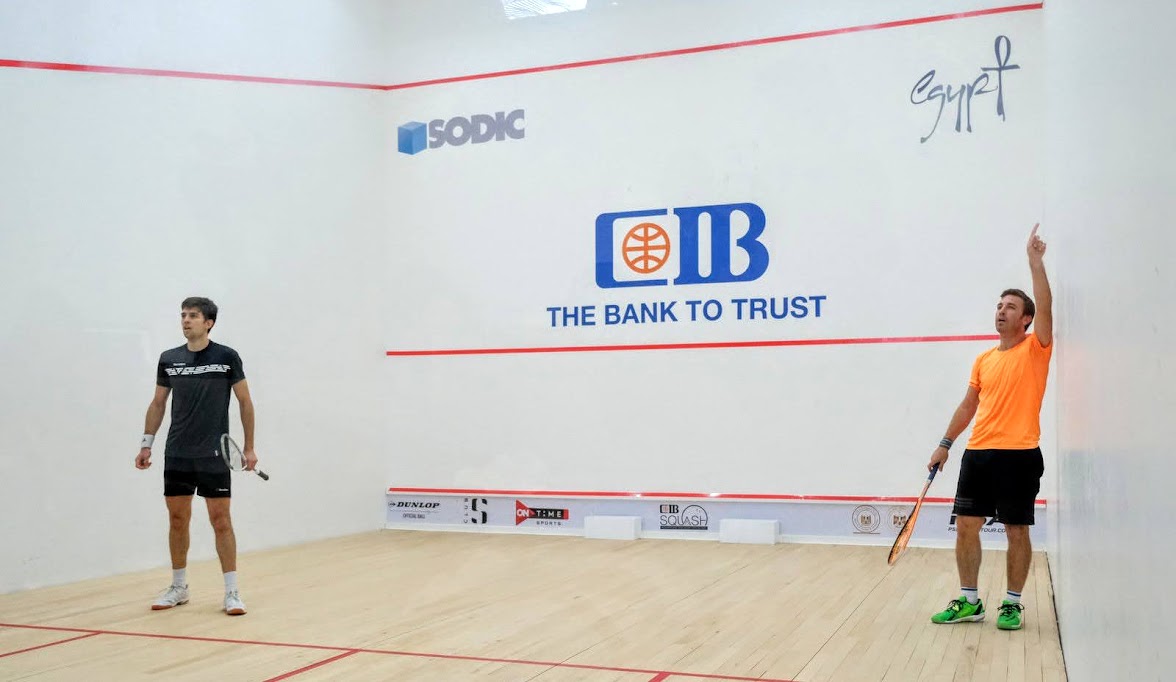 In a French derby, Auguste Dussourd beat the experienced Mathieu Castagnet 3-0 to reach the second round. Despite a combined 26 years on the PSA World Tour, this was, surprisingly, the first competitive meeting between the pair.

It was World No.39 Dussourd who made the stronger start, with the 26-year-old taking the first game 11-7, before pushing on to secure the match with a pair of 11-8 wins.

“That was good, I just got back from the French Open and I think I played well. I was tired mentally after that tournament and it’s been a long time since I played a full match. I was nervous to play Mathieu, he’s so revered in France and we are all scared to play him. He’s such a good player, so strong mentally and always finds a way to win so I was honestly scared to play him and I’m really, really happy to get the win today. 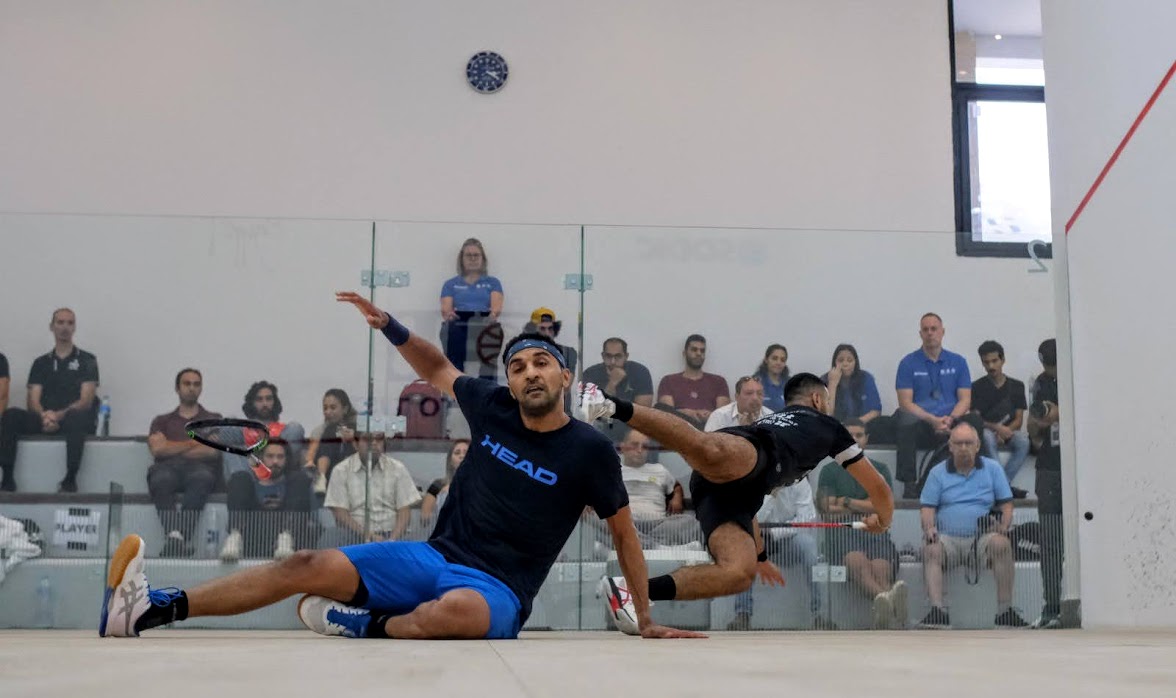