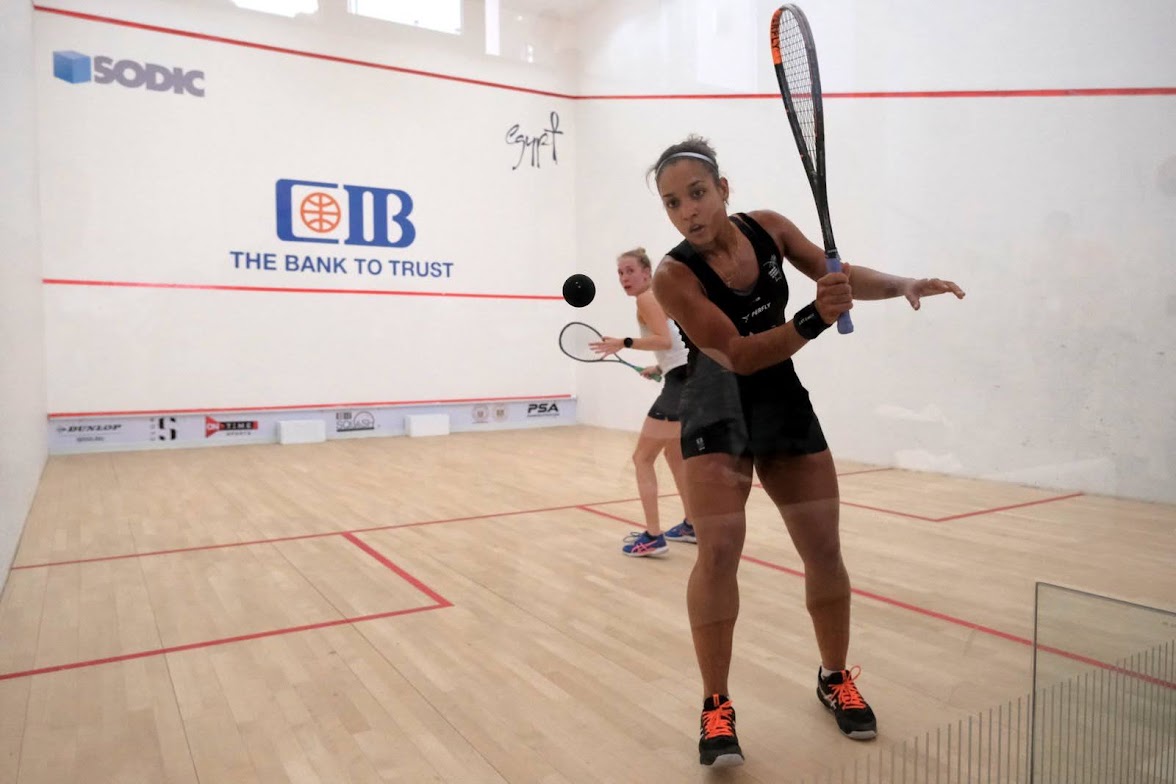 “The first round is always a tough one. Emilia is a very tricky player because she has some really good shots, especially at the front. It was important for me to hit the ball hard, which is how I like to play, and move her around to make those opportunities, which I managed to do I think. A win in three games is what you want to start a tournament.

“It absolutely gives me confidence for the next round. To get on court, without spending too much time and wasting too much energy while getting a sense of the court and how it is, makes you ready for the second match.

Happy to enjoy my squash again, that was the most important for me today…” 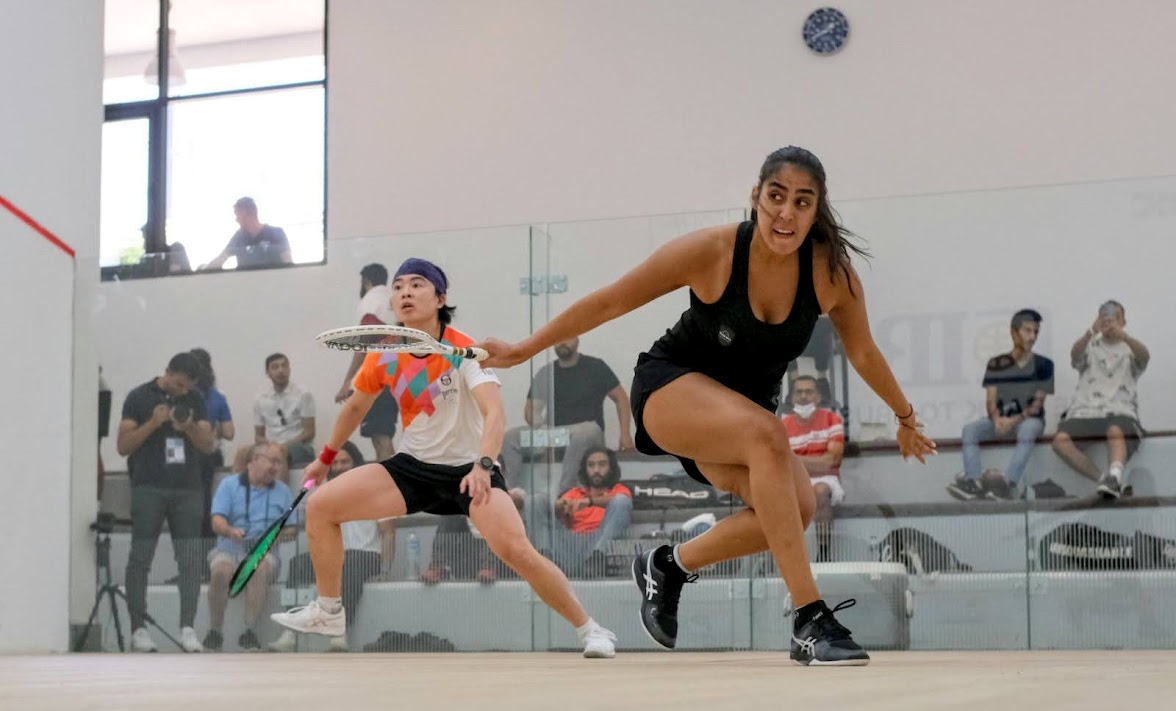 Egyptian Mariam Metwally edged past Tsz-Wing Tong to progress to the second round. Metwally, on home court, looked to be in a commanding position when she went 2-0 ahead, winning the first two games 11-6 and 11-5, respectively. But Tong fought back to force a decider in the fifth after triumphing 11-5 and 11-7 in games three and four.

However Metwally came out on top in the fifth, claiming an 11-9 victory to set up a meeting with her fellow compatriot and top seed, Nouran Gohar in the next round.

“When I was 2-0 up, at the beginning of the match, I was playing really well and everything was going fine. After the second I think I lost a bit of focus and I was trying to regroup and come back stronger. I was trying to stick to my game plan as much as I can. 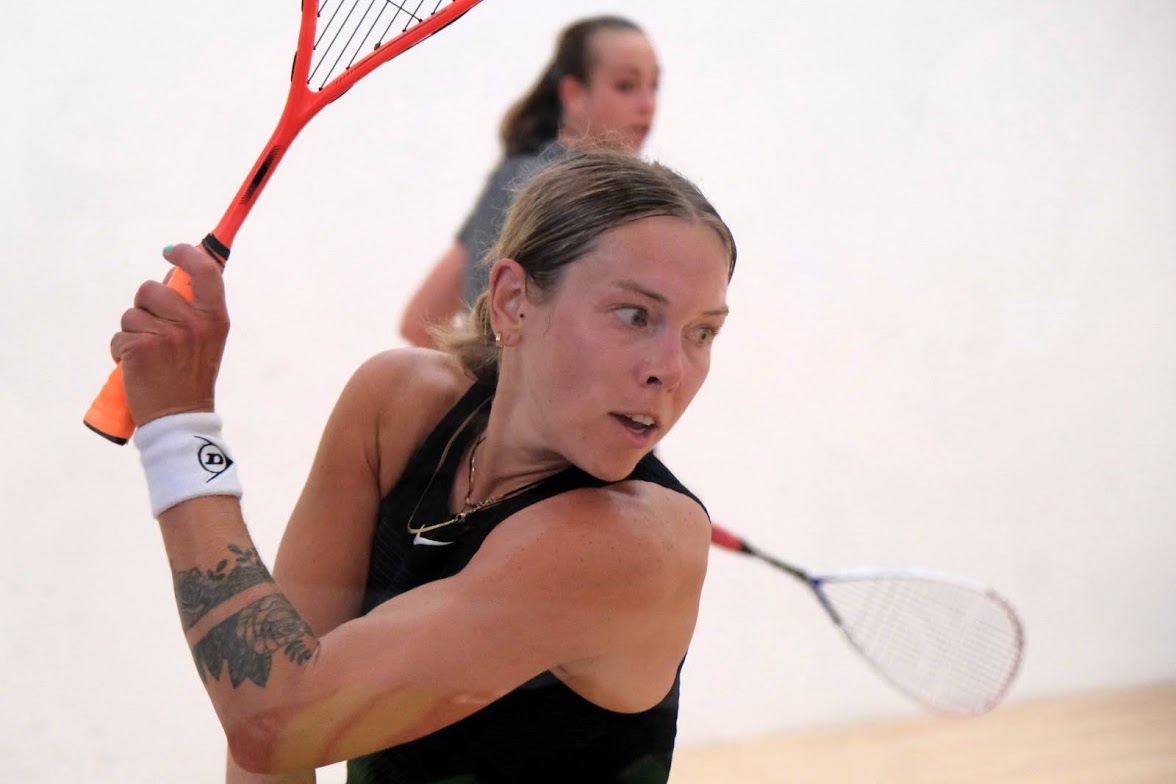 In the second women’s match of the day, Scotland’s Lisa Aitken survived a strong challenge from France’s Marie Stephan to set up a second-round clash with Canada’s Hollie Naughton.

In an entertaining opening game, Aitken saw three game balls saved before she eventually broke Stephan’s defences to take a 1-0 lead with a 13-11 win.

Stephan continued to dig in well in game two as she saved four game balls before having one of her own at 13-12. This time, it was Aitken’s turn to defend as she saw off the game ball. Both players had more opportunities to win in a nervy end to the game, before eventually Stephan took the decisive point to level the match with a 17-15 victory.

Aitken hit back well in the third to reclaim the lead with a quick-fire 11-5 victory, before ending the match with a comprehensive 11-6 win.

“I feel like there are a lot of cobwebs. It’s the first tournament since I broke my hand, the first since El Gouna. You can do all the training you like, but nothing prepares you for the moment. All the matters is if you come out and do it. I think there will be very few days in your career when you come out and play a blinder or feel amazing and play your best. The best players in the world are able to find a way on every occasion, regardless of how you feel, so more than anything it gives you confidence.”