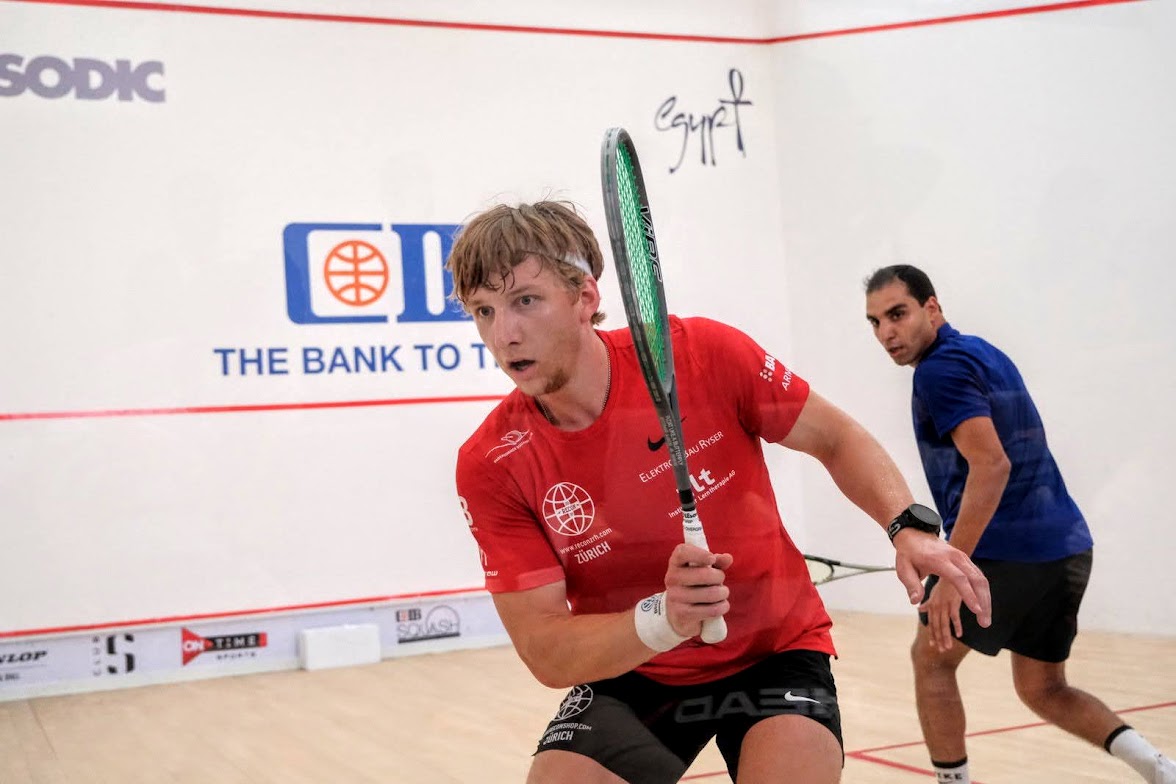 A feisty affair between two players with a same style of play: hitting hard, physical, both moving fast and finding the target at the front corners pretty well.

But as they both moved fast and like to take the ball early, a few decisions, and one thing both players agreed with was they were not in agreement with them AT ALL. It created a bit more tension between the players they both wanted I felt. So, it was kept at a fairplay level, just very intense and fast!

The second, third and fifth were ridiculously close. I have to say I feel the presence of Rodney Martin at the event – not to mention in his training life – was crucial for Dimitri today. Thank the Lord for having the coaches back.

I was just very nervous at the beginning, and even though I saw he was struggling a lot, it confused me a lot as well because he was really moving awkwardly, so I was having trouble reading him, knowing where to go but I had Rodney in my corner to point me out the obvious stuff. And I could see he was  not happy with what I was doing.

I have started working with Rob Owen – who is my main coach – and Rodney on the side back in April. I’m having a good good team…

I felt I was at a point in my career where if I wanted to improve, I had to change my surroundings. And luckily enough, at the right time, Rob and Rodney came into my life, and that really really helpful.

Well, they GAVE me a game! Before I was just playing instinctively and not really think about the game. I feel I became more of a student on the game and definitely see the game with different eyes now. 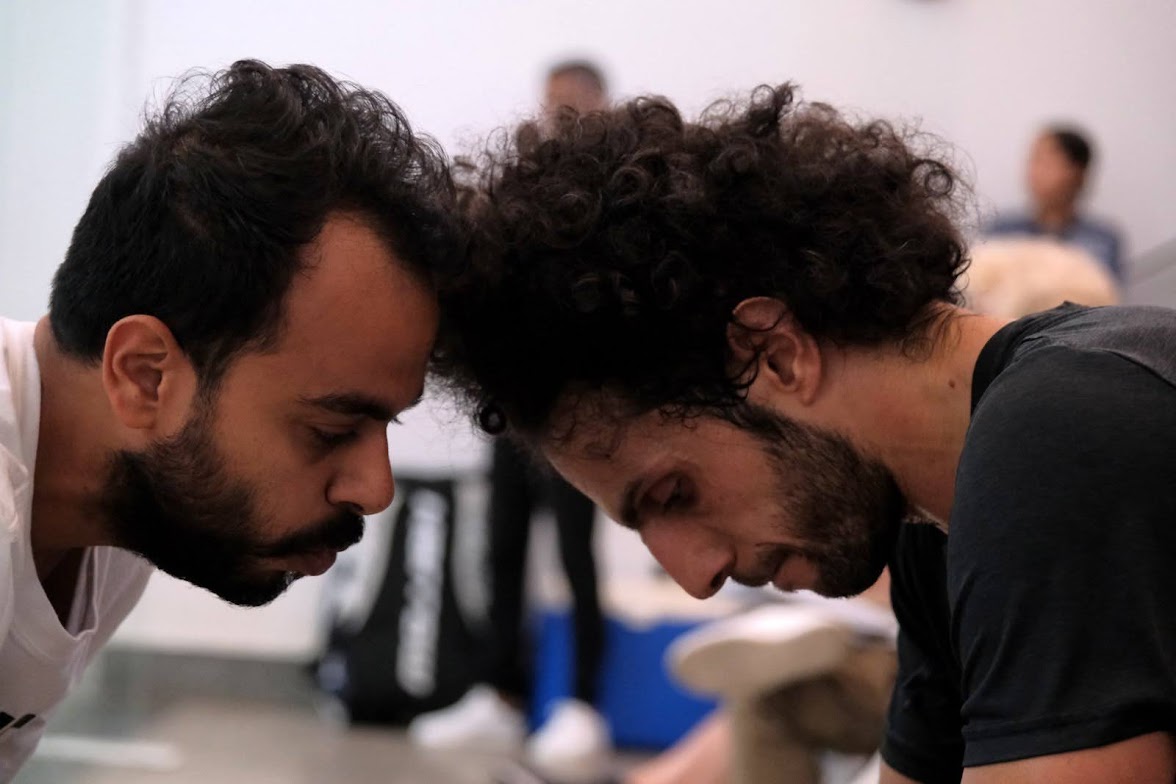 Omar Mosaad battled back from 2-1 down to overcome Faraz Khan to advance to round two. Mosaad, the former World No.3, took the first game 11-9 but a spirited Khan, who sits No.56 in the world rankings, moved into a 2-1 lead when he won games two and three 11-8 and 11-7, respectively. But Mosaad got back on top to peg it back to 2-2 with a comprehensive 11-2 victory in the fourth, before sealing the match 11-9 in a tense decider.

“It was very hard, especially when some of my shots didn’t work today so I needed to find a solution. I think the first game I started really well, but Faraz started to up his game and it had a bit of an effect but I was controlling the game.

“In the second and third he played better than me, more attacking, and I couldn’t find my shots. What I’m happy about today is that I came back from 2-1 down and I think I need these kind of mental matches to play when you’re not playing you’re best squash. Sometimes you find your game, you play well and that’s it. But sometimes it doesn’t go that way and I couldn’t find my game and you need to find a solution.

“I liked this one. It’s been a while since I’ve played long matches like this, and I’m really happy to win this match and I’m going to recover now and get ready for tomorrow.” 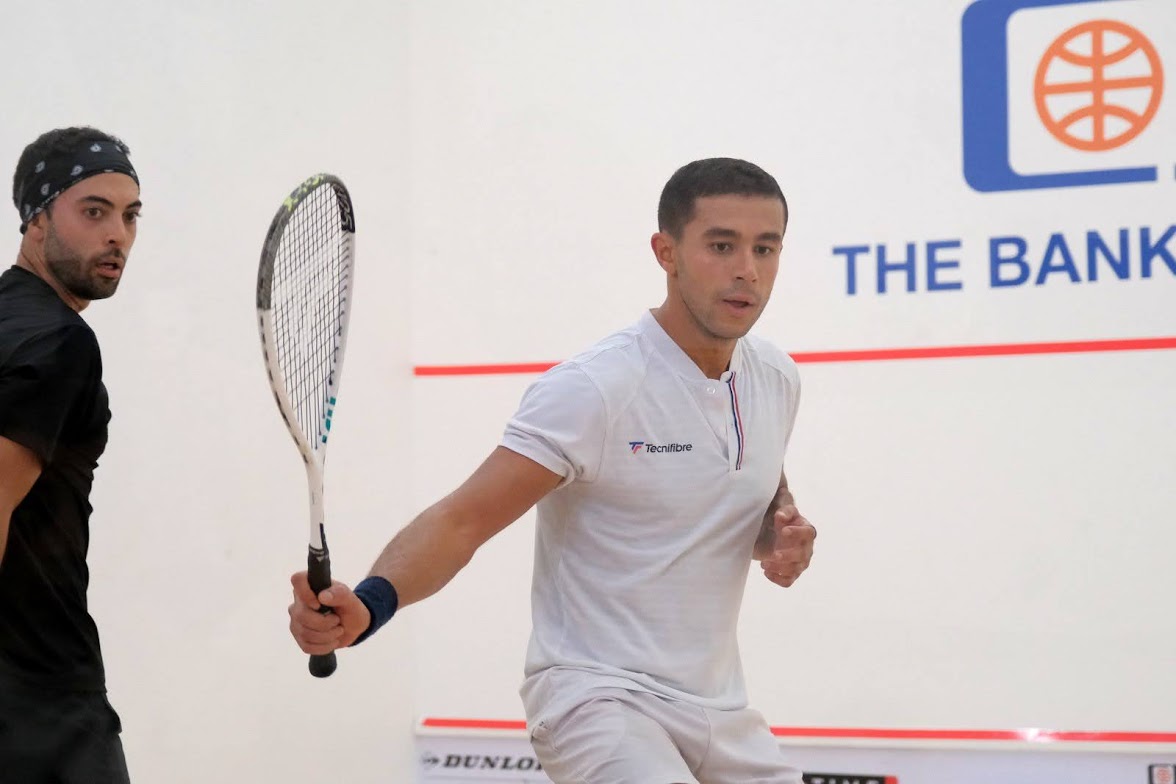 Mohamed ElSherbini recorded a straightforward victory over Juan Camilo Vargas in the pair’s first meeting. ElSherbini, who admitted after the match that he had been unhappy with his recent form, looked in an assured mood as he set up a second-round clash with Switzerland’s Nicolas Mueller with an 11-7, 11-5, 11-5 win in 43 minutes.

“It’s good to try out the courts and get a feel for the court and its corners. I’m not very used to these courts, so it was good for me to get this today to get the feel for it. I’m glad to gain my confidence back. I haven’t been playing well at the beginning of the season, so it’s good to gain my confidence, feel the corners and get my shots on.”