It was lovely to see those two battling away, especially as I feel that Olivia has the same style of game than Hania: she likes to play an accurate length and width, loves her lobs, retrieving the attacks and finding lovely drop shots all over. So the rallies were long, intense, entertaining, with both girls looking good and dominant in patches.

I thought that Hania, like in her match against Nele in the previous round on the traditional court, was not as at ease with her movement as she can be and tonight, she struggled to find her length a bit, opening the court a bit too much, much to the delight of the American.

A seriously great match to watch, with Hania dominating the first 10m game, helped with a few errors from Liv, 11/5. Great response from her in the second though, 5/1. Hania, feeling the danger, comes back immediately reaching 7/5 with one serve. Up 9/6, did she relax a bit, or did Olivia find her best attacks? Five points later, the American has levelled, 11/9 in 13m. The crowd is stunned. 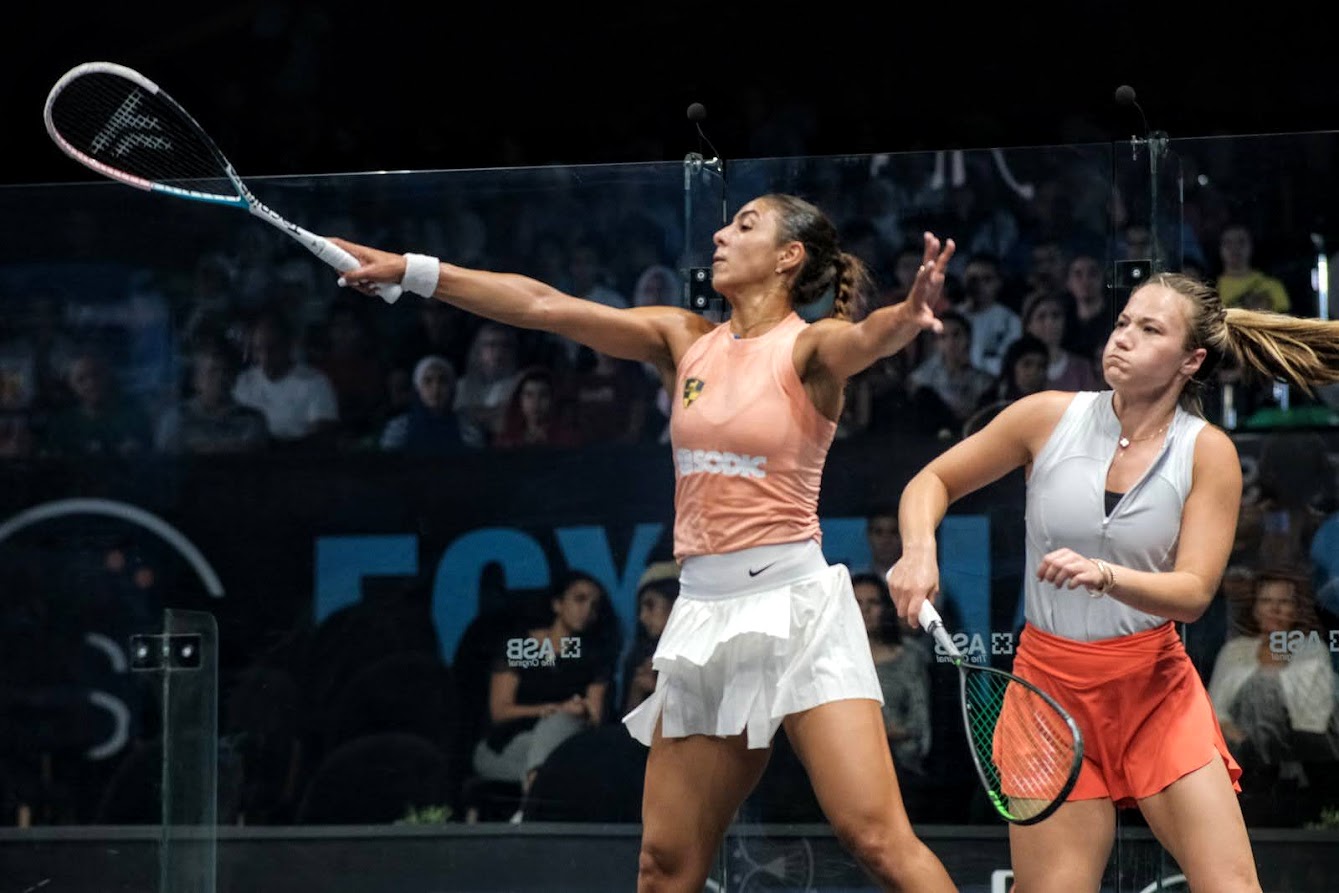 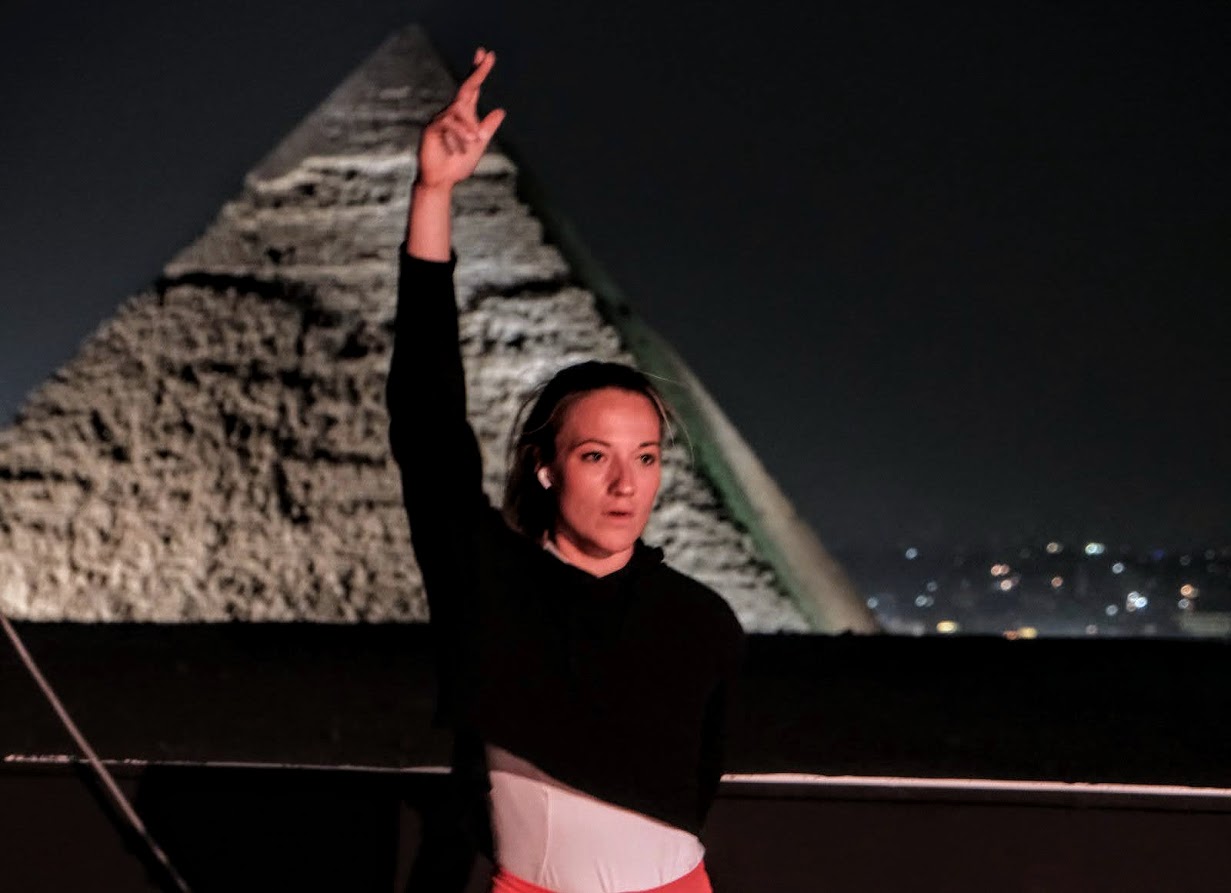 It was a very long summer, and I put in a lot of hard work. I’ve been looking forward to the beginning of the season, getting back out there and competing, see how all the work I’ve put in with Graham Williams, Peter Nicol and Moustafa Bayoumi paid off.

Having my first opportunity debut at the Pyramids, of course, it stings now, and I’m disappointed with the result. I was out there to win, and I felt I had my opportunities, in particular at the end of the first game to take that.

But Hania is obviously an incredible player, she is British Open champion, so I knew it was going to be tough but these are the kind of matches I’m working hard to set myself up, to set up the opportunity to play matches like that.

Obviously, incredible to play in front of the Pyramids, I talked to Peter about it, because he did it many times. I know I’m improving, I’m happy with that but obviously losing is never fun. But I’m going to walk away from this one just hungrier than ever, keep working at it… 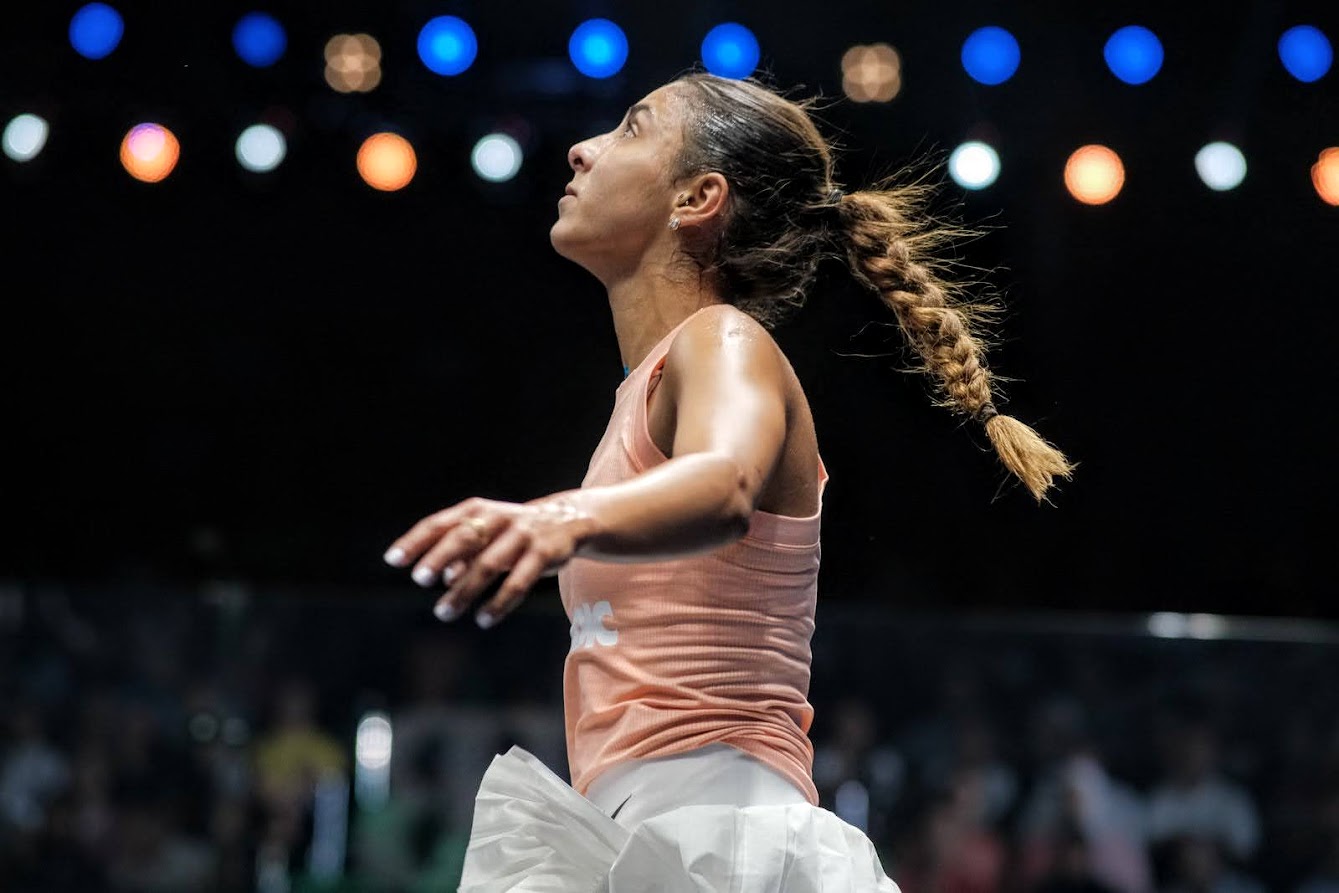 “I played Olivia in an exhibition earlier this year, but you can’t compare an exhibition match with an official PSA match. It’s a World Series event, a major tournament and I knew she’d be giving her all to reach the semi-final in a major tournament, so I had to be very focused. I knew she’s been playing really well so I had to watch her and actually get a good game plan and I’m happy I could do that.

“I always had a game plan that I wanted to execute, but sometimes I lost my focus and made a lot of errors at crucial times. After I lost the second all I wanted to do was focus on my game plan and try to stay as sharp as I could.”