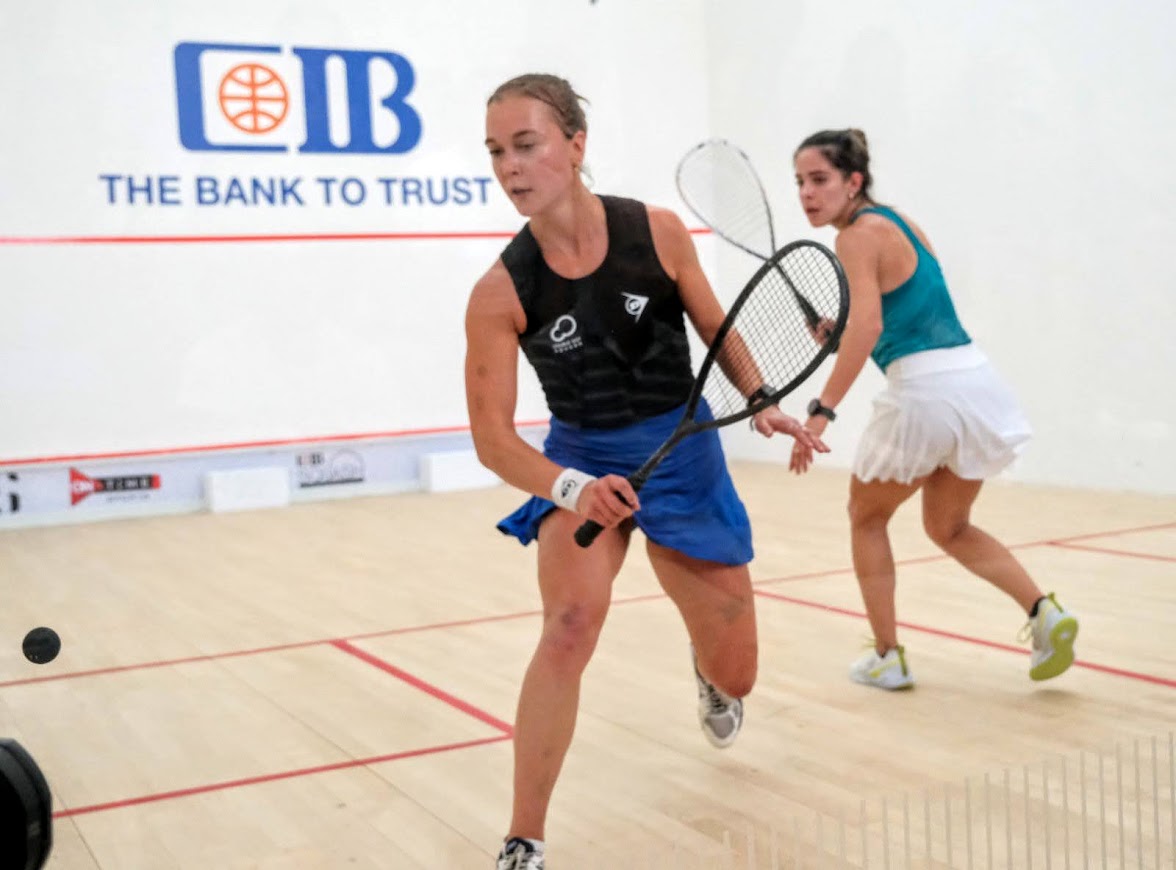 If Tinne must have had heavy legs from not only her final against Sister Nele in Nantes on Saturday night, plus travelling from there to here, well, she showed her gritt and fitness today. She made the rallies very hard for her opponent, so gifted with her racquet, but maybe lacking just a bit of fitness to sustain Tinne’s. Hana has a “real job”, she is a physio, and maybe cannot train as much as she would like.
What amazed me today was the determination shown by the Belgium to pick up every single shot, not letting one rally go easy, fighting for each and every point. That’s maybe her most valuable talent (amongst sooo many of course!)
Tinne

I know how she plays, she gets so many shots in, and she did in the first game. I was a bit frustrated to lose the opener, I know how crucial it is especially against the young Egyptians because it gives them confidence. But in the second, I noticed she was struggling a bit to move, and she started to make errors
I was tired as well but I thought if I’m tired, she must be even more tired. So I tried to attack if I could, without making any errors. I was thinking, it doesn’t have to be a perfect drop, but it has to be to the front and move her around.
And that’s what I did from the second onwards, less mistakes than in the first, and that was in my opinion the difference in that match. Very pleased I managed to win, because it was a tough one for my legs! 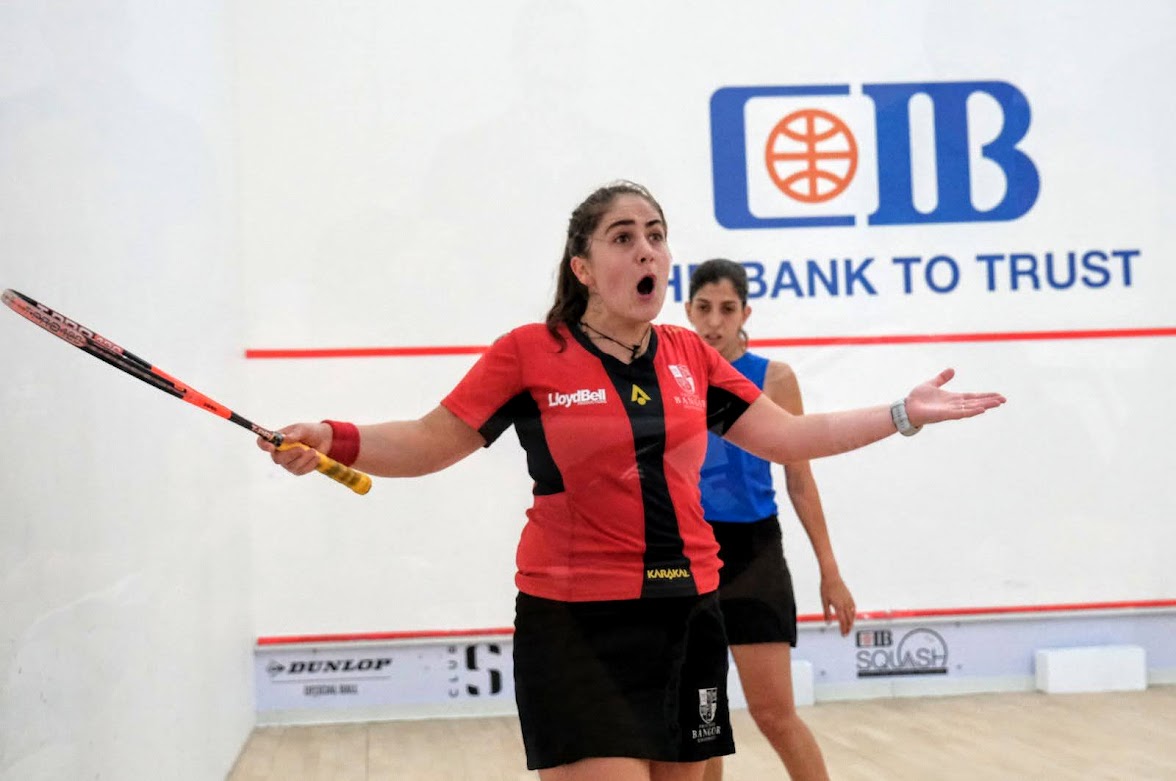 Welshwoman Tesni Evans fought back from 2-1 down to defeat Egyptian Yathreb Adel to seal a round three spot. Evans, fresh off a semi-finals appearance at the Open de France, went 1-0 up after a tense first game where both players exchanged points throughout, with the 29-year-old winning 14-12.

But Adel edged into the lead when she won the second and third games 11-5 and 11-8, respectively, however the pendulum swung back in Evans’ favour as she took games four and five 11-5 and 11-7.

“it was tough. The court was quite difficult to play her on. She was playing well, breaking up the rhythm all the time with some really good shots which put a lot of pressure on my shots to be good. All credit to her – I think she made it really difficult out there to win rallies.

“I think with the match going to five games it’s really good just to get used to the court and really find my targets.

“Obviously you don’t want to start the tournament using too much energy but the rallies weren’t that long so I think I’ll be okay and hopefully stand me in good stead for the rest of the tournament.”

In the opening match of the day, France’s Melissa Alves caused a rankings upset as she came from behind to knock out English No.8 seed Georgina Kennedy.

Alves, who impressed yesterday in a 3-0 win over Finland’s Emilia Soini, would have taken confidence from a straight-games victory over Kennedy at the U.S. Open last year and made a battling start to the match. After falling to a narrow 15-13 defeat in an entertaining first game, Alves hit back well in the second, restoring parity with a hard-fought 11-9 win.

The World No.29 dominated the third game, with the usually tireless Kennedy – who retired hurt at this month’s South Western Women’s Open and had been unwell prior to the match – struggling to find her usual energy and pace.

After taking the lead with an 11-6 win in game three, the ruthless Alves quickly put the match to bed in the fourth with a rapid-fire 11-3 victory to set up a third round match with either Lisa Aitken or Hollie Naughton. 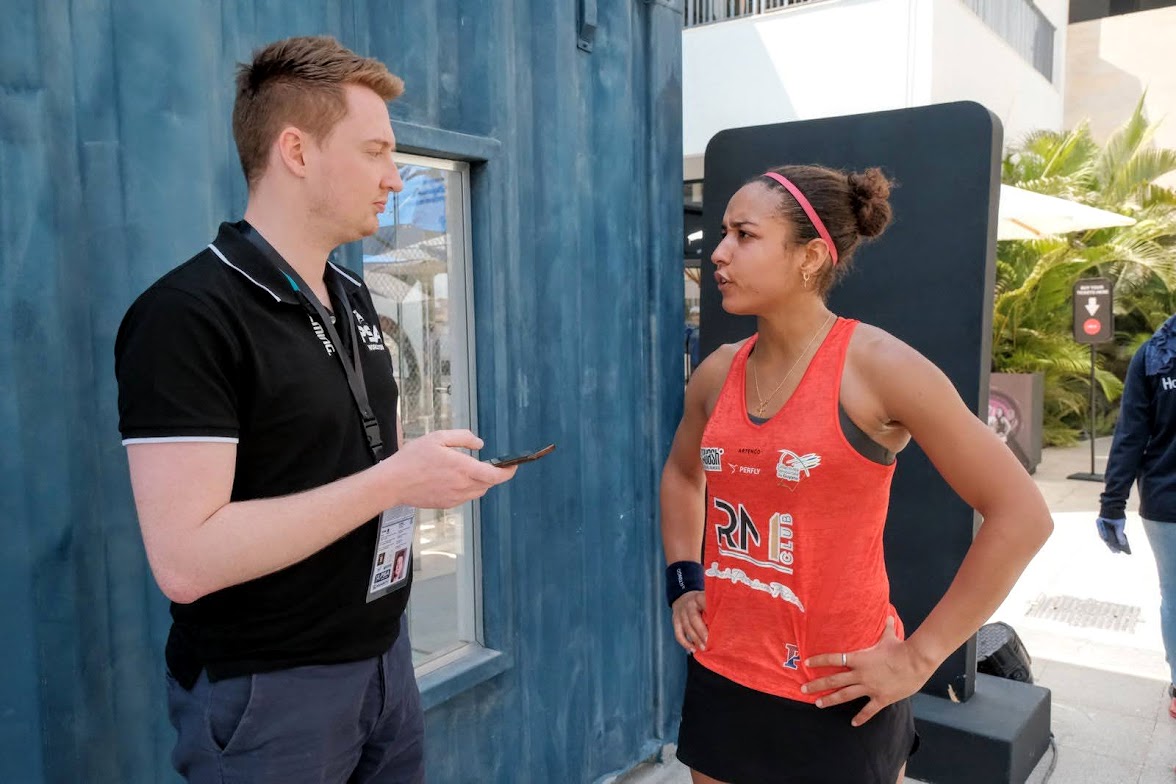 “When you play Gina, you know you’re in it for a long one and a tough one. There’s no way to beat her except by working really hard and keeping the rally going because she’ll for sure do that. I needed to be patient and play my best squash today in order to beat her, which I managed to do.

“I think we played a really good first game that she took, it was a tough physical one for me but I stayed in and worked hard to sneak the second. At 1-1 it was anybody’s game but I think I played some good rallies in the third and eventually took the lead.

“I was really looking for a good performance here after the French Open in Nantes, where I was a little disappointed. I’m happy with that one.

“She attacked a lot, which is not something she usually does and am sure it’s what she’s been working on, taking the ball short sooner in the game. I’m not sure if something physically was a bit wrong and she was struggling, but one thing for sure is that she’s so professional and such a great player. She pushed hard until the end and didn’t give up.

“Although I saw that she was struggling a bit, all credit to her for pushing and playing through the last game, I really respect and appreciate that from her.”