felt that Amanda was not going to be denied today. After the burst of emotions she displayed today after her stupendous tactical match against Nour El Tayeb, today, the American was as cool as it comes. Completely in control, playing a sharp and accurate attacking game, she never let Tesni come into the match really, well, until the last part of the match, that is.

4/4, 8/4 to Amanda, and a big push from the Welsh, giving  it all she had as she mentioned after the match. The rallies became longer and more intense as we went to the end of the game, and it’s 11/8 on Amanda’s second try, the longest game of the match,16m (first game was 11, and the second 8). 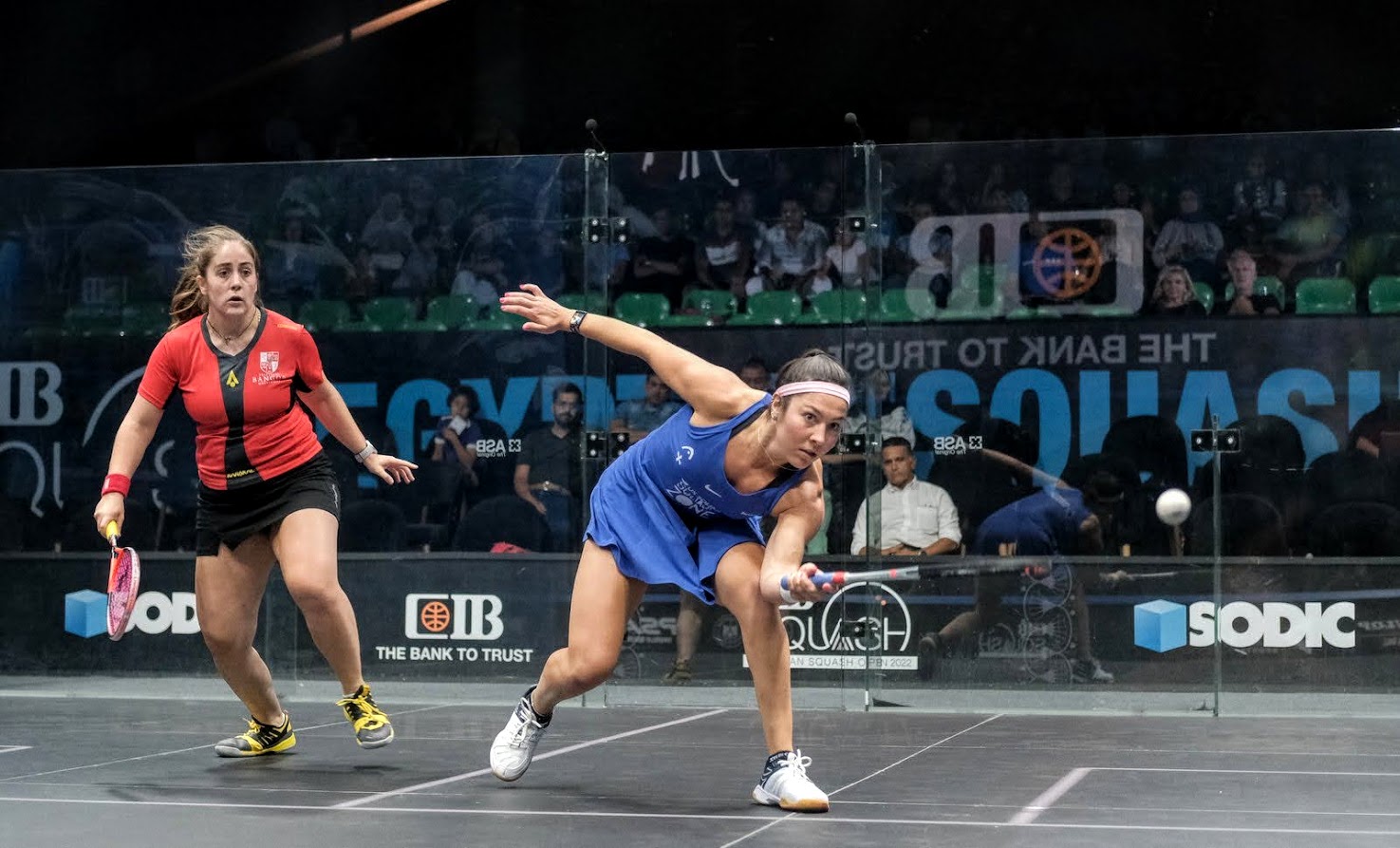 These two weeks have been very positive. Over the past weeks, and in patches, and at different moments of the tournament, I think it’s the best squash I’ve played for the past two seasons.

Definitely compared to the last two seasons, to be honest, at the moment, it’s just my goal just to improve and give everything. I struggled a bit in that match but I just gave everything and that’s every match, I’ll bring everything I have to the table. I’m training every day, hopefully, a semi final and a quarter final in my first two events is reward to that. And hopefully, I’ll keep moving forward for the rest of the season.

“It was a total contrast from yesterday on the normal courts, where [Sobhy and El Tayeb] were on at noon and we both play fast-paced attacking squash and here I feel like Tesni was trying to lull me into sleep a little bit, she slowed the pace down a tonne. It’s totally different circumstances and you’ve got to take the quarter-finals on as different tournament. As much as I’m happy about my win and performance yesterday, it’s done and I’ve got to move on and prepare for the next one as Tesni is a tough competitor and she’s going to bring it, so I needed to do the same and I’m just happy to finally get a rest tomorrow!

“I think my form is because I’m actually enjoying my game. I’m thinking a lot more on court about how I want to play and court awareness. Coach Wael El Hindi has brought a lot of layers to my game, which after doing this for so many years is refreshing to hear and has made me really excited. Hats off to Wael, but I’m just excited to play and I know when I’m happy about my squash and enjoying myself on court that’s when my best squash comes out!”