I train with Dimitri all the time, he knows my game, and I know his. It was a fair clean match, when we were unsure, we were playing a let, and it was clear all the way until the last points of the match.

I thought I had a no let to finish the match at 10/7, and on the last match ball, he thought he could have a let, I think it was still a no let but what I mean there was maybe 3 calls the whole match and it was a five setter, that’s always good to see.. You get edgy sometime, but it was nothing like we were in the way or anything like that.

I started very well the first two games, got my tactic right, then I had a drop off in my body language, I wasn’t even tired, I was just in the court, returning the serve, that’s it, without thinking.

And I was 10/3 up in the 5th to finish quick, and again, I went into that mood, not even tins, I had only 1 tin, it wasn’t mistakes, I felt like I was a ghost on the court. I was passive, waiting for his mistakes, instead of keeping doing what I was doing, and hitting winners. 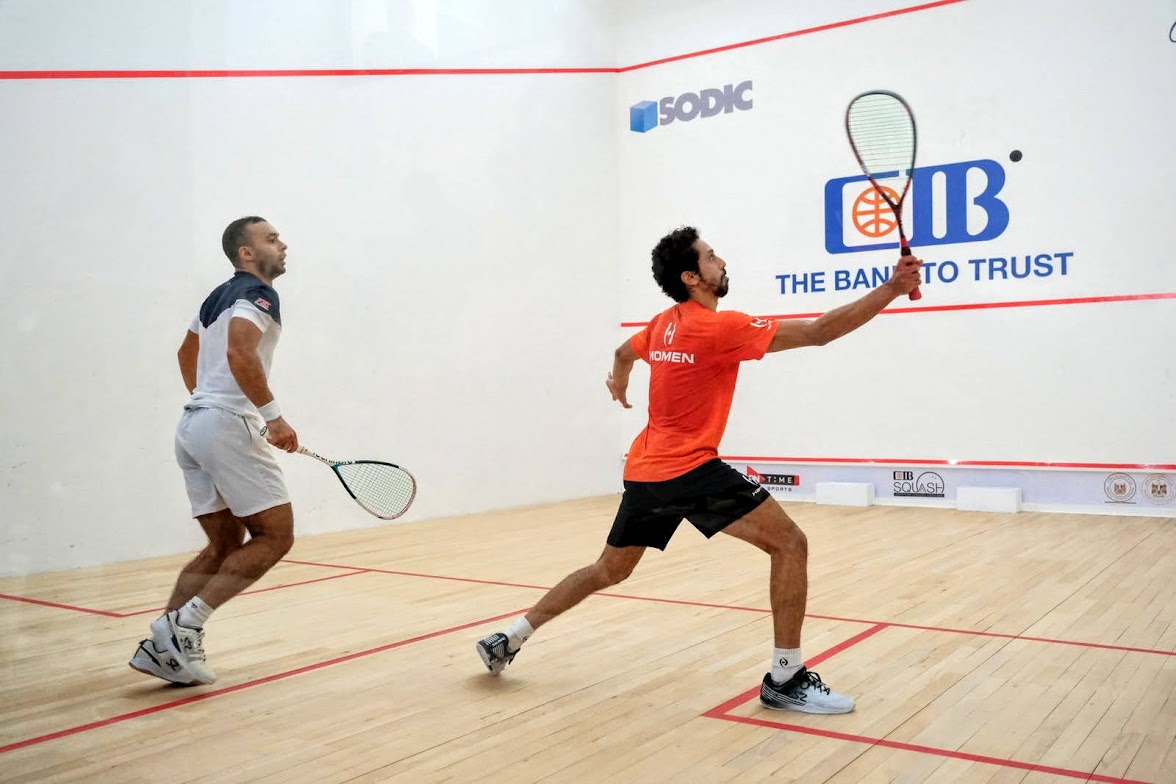 For the second year in succession, CIB Tarek Momen beat Egyptian compatriot Youssef Soliman to reach the third round of CIB Egyptian Open.

Soliman, winner of the CIB Zed Open last month, made a good start to the match as he looked to end a four-match losing run against the No.6 seed, with the World No.13 eventually edging a 20-minute first game 14-12 after seeing four game balls slip at 10-6. Momen responded brilliantly, though, speeding into the lead with lightning-fast 11-4, 11-3 wins.

In a tight fourth game, both players had game ball opportunities, with the experienced Momen being the one to hold his nerve as he brought the match to a close with a 14-12 victory.

“I’m very happy to go through today. Youssef is a tough opponent and is playing really well these days. He just won his biggest title [CIB Zed Open], beating an in-form player like Victor Crouin, so I knew I had a tough one today.

“In the first game, I started well but he managed to come back and build a huge lead and 10-6 up. Again, I managed to come back, only to lose it 14-12 which was a bit of a bummer! But I knew I had to regroup and I’m very glad that I kept pushing and converted that deficit into a win.

On whether pulling back to 10-10 in the first after trailing helped prepare him for the following games, he said: “ Absolutely. I didn’t want to lose a streak of, say, 11 points in a row, because from 4-0 up I was 10-6 down so I only scored two points in ten so I wanted to come back and let him know that I was in the fight for the long haul. I knew, even though I lost, I did well to come back and that gave me the necessary push!” 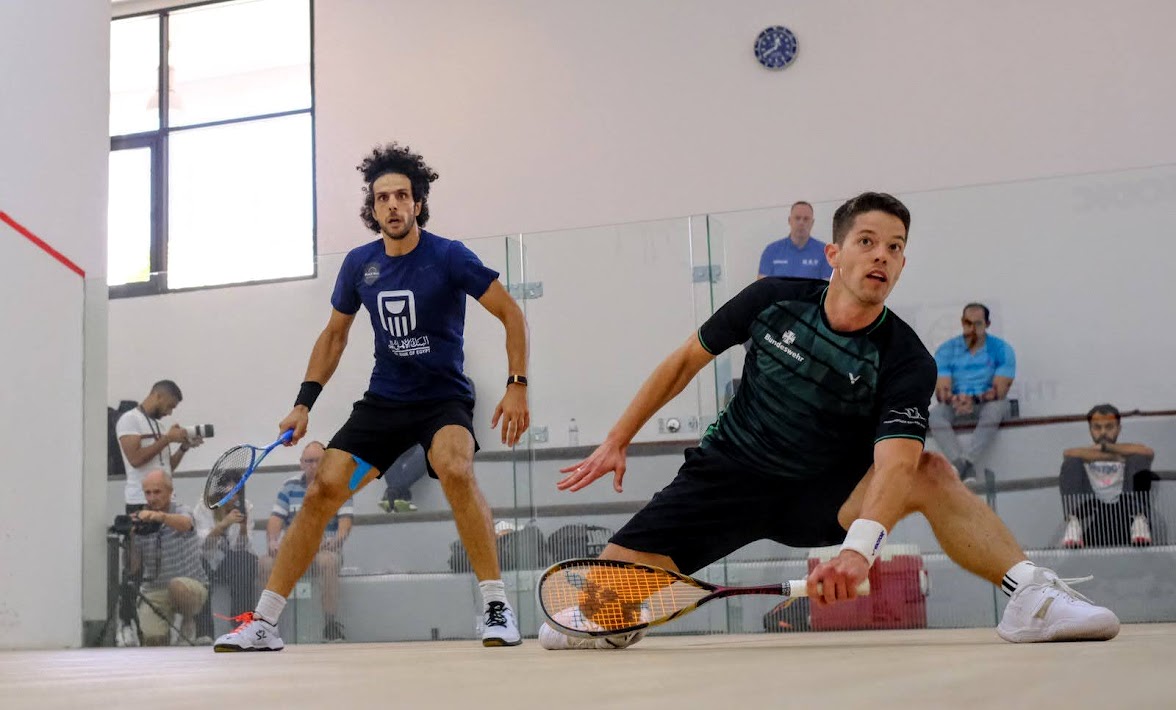 Germany No.1 Raphael Kandra edged his way past former World No.3 Omar Mosaad to advance to round three. A feisty match-up that went the distance and, despite Mosaad taking a 1-0 lead after winning game one 11-8, Kandra clinched the second and third games to go 2-1 up. A lot of discussions, plenty of interactions with the ref, Mosaad extremely unhappy with the decisions, Rafi not that happy neither!

But Mosaad forced a decisive fifth game when he claimed the fourth 11-7, but it was Kandra, in his first appearance of the tournament, who prevailed in the fifth 11-4.

The 31-year-old will meet either World No.1 Ali Farag or Mazen Gamal in the next round.

“It was a tough encounter against Mosaad. I found it hard to know which game plan I should go with because he’s so tall and strong at the T line. Sometimes it works, sometimes it didn’t, but overall I’m glad I got through and now I’m getting ready to go on the glass court tomorrow. This was a good fight for me, overall there was a lot of ups and downs.

“Of course it’s always easier to go through in three games, but it can also go the other way. When it was 1-1 it was a very important third game, I managed to win, but in the fourth he was a bit smarter towards the end.

“In the fifth I stuck to my game plan a bit more. It could have been easier but a win’s a win and that’s important for me.”