First one, Tarek in complete confidence, although he is not mad about playing outside in hot conditions. But at ease, enjoying his squash, and controlling the rallies, oozing confidence, and not putting a foot wrong. I kid you not, not a single error in the first game, only 2 in the second, both games being 15m each.

In front, a sleepy/not on court Ali, taken by the throat by his opponent, and just not finding his length and lobs today, playing far too short and into Tarek’s game.

But after losing the first game, 11/6, and finding himself down game ball 8/10, it was like an electroshock to the Wadi Degla spearhead. Out of the blue, the COME ONNNNN comes out of his mouth, his body language – shoulder positions – change completely, and it’s a ragging Aloush (his family nickname for him) that will clinch the second game, 12/10, scoring 4 points in a row. 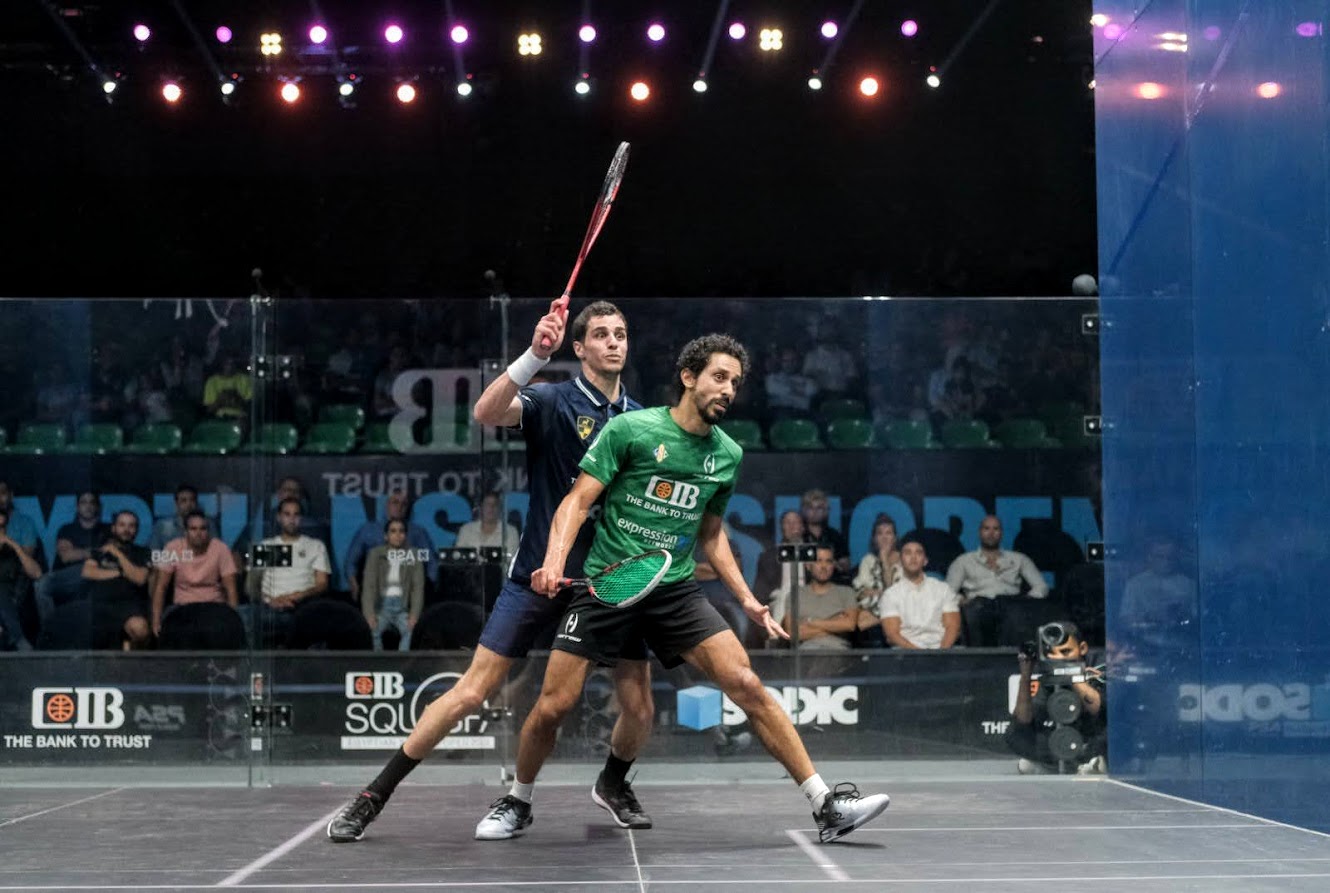 Tarek, fuming against the refs, as he felt a stroke at 9/7 which was overturned into a let was a stroke, and reminded himself of a previous match against the same opponent, with the same ref, in the British Open. And right or wrong, he felt hard done.

From that point on, it was obvious that Ali was now fully awake, and Tarek, pushed at the back far more, wasn’t able to attack as much to the front he wanted, and was not tiring Ali enough. Ali, now finding his game and slower pace, kept watching his camp – a lot of them! – and fed himself from their energy.

“You are killing me tonight” he calmly said to the official. 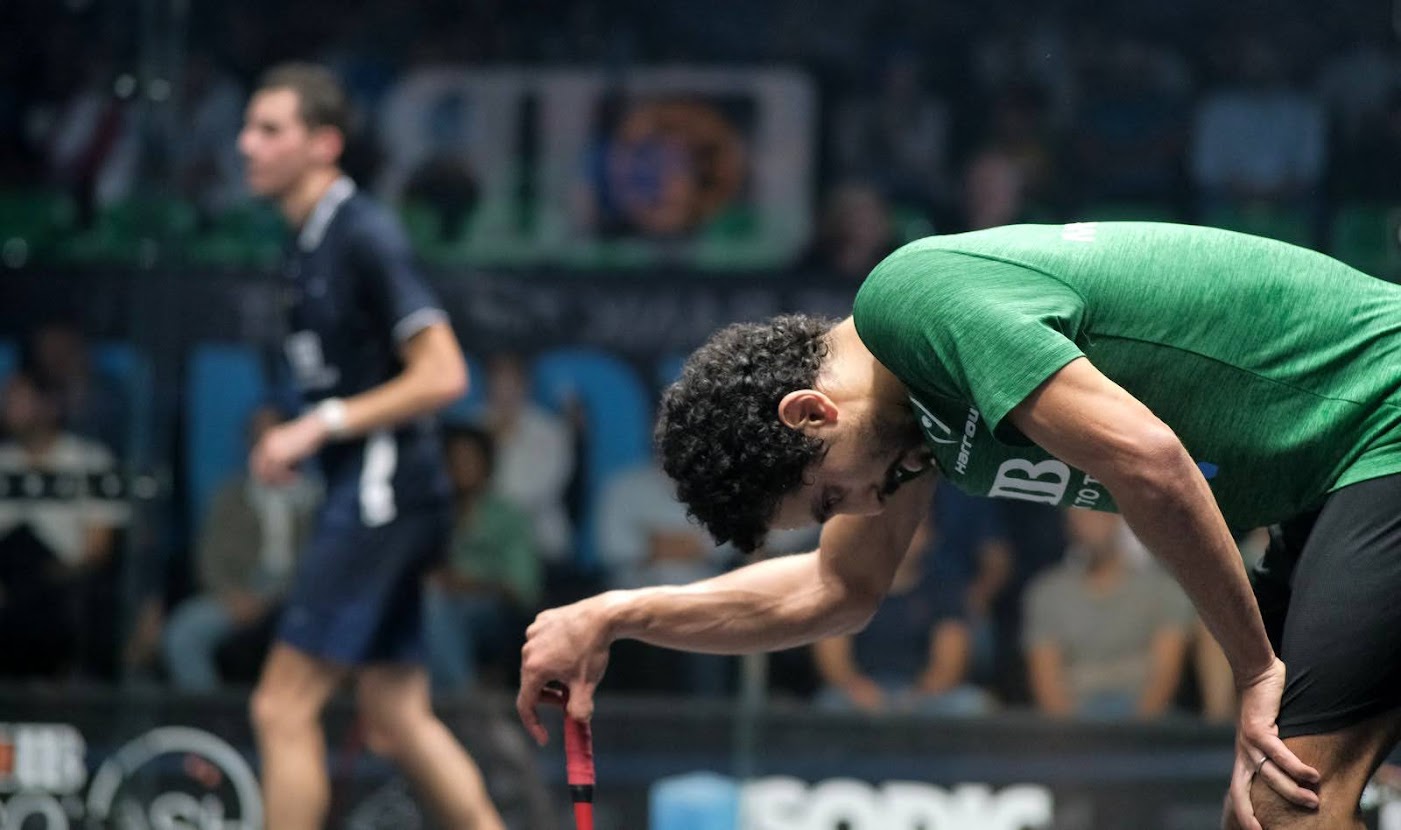 “He has confidence in me and tells me ‘Ok, if game A’s not working today then it’s just going to be mental and physical. Just get there. For some strange reason, I guess because the front wall is so fast, Tarek and I both got tired more easily than we’d normally do. I think it’s because of the court conditions and bouncy court.

“I’m very proud and thanks to my family, brother, parents and wife, my parents. Looking at them gave me that extra boost and I really want to thank them and obviously having my main sponsor here, SODIC, is a great encouragement.”