Well, what to say about the match…

I felt Mostafa very unsure of himself today. No big celebration during the match, a nervous look at his camp throughout, making uncharacteristic errors. Quite interestingly, he made the same number of errors Mazen did in the first and third game…

He mentioned the sand on the court at the end, maybe that what cause him to be a bit weary and cautious. Mazen didn’t seem to mind as much.

What was striking for me was how great Mazen was able to avoid contact with his opponent today, by being Mazen Magic. Finding superb and unreadable winners at the opposite of where he was situated, sending Mostafa far away from him. 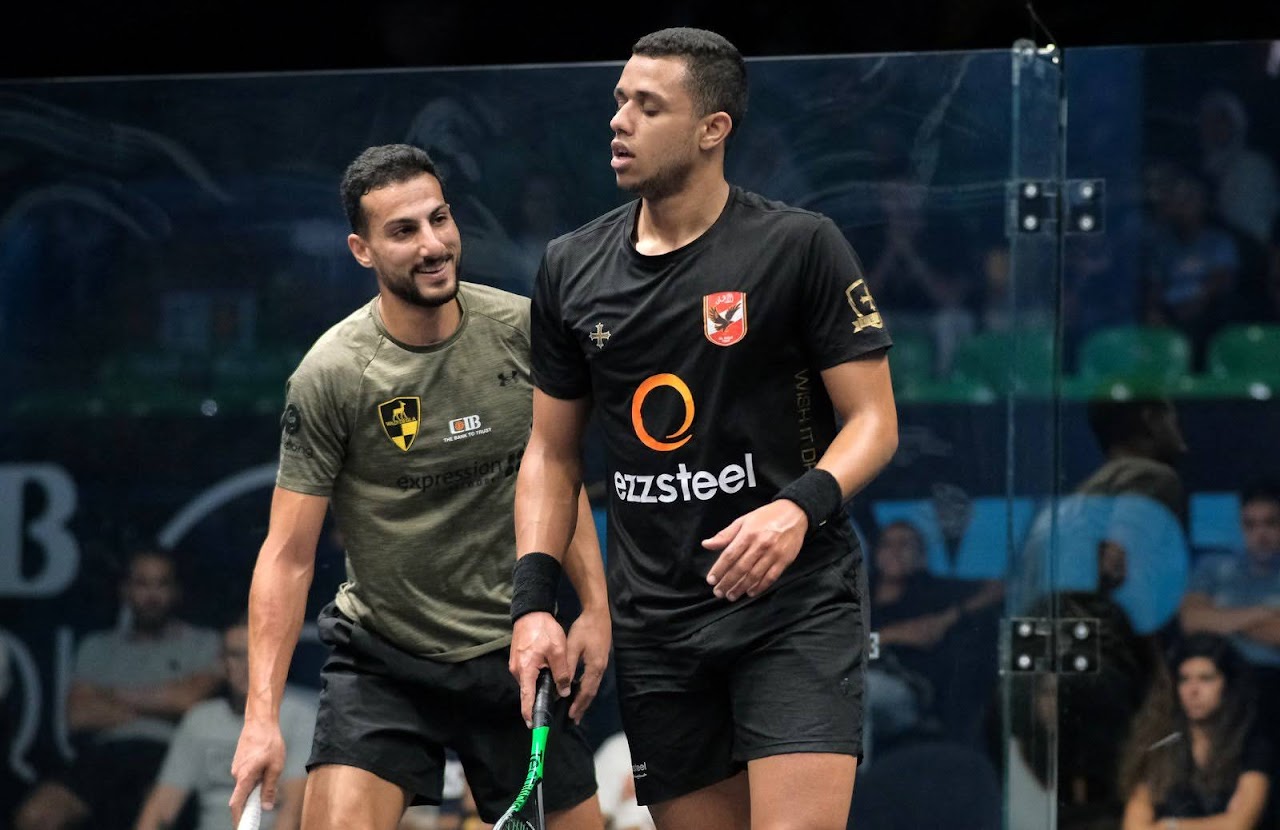 “That’s it” he shouted “I’m not playing this way, I prefer to retire”, and he went to the door. “Please, Mr Hesham, no need to retire, stay on the court” said the ref, asking for a video refereeing.  A let ball was awarded to the Black Falcon, who then took a little time with the physio, not long, about 3m, to check his body.

Add to that the court flooring that developed a temporary fault – glass floor with lightening integrated with the glass, so no lines, just light – and the players were asked to keep on playing (that was 2/0 at the start of the same game). But that didn’t last long to be honest.

Oh and I forgot, the conduct stroke at 9/9 in the 2nd against Mostafa. After replay, the refs thought that he voluntarily place his elbow in his opponent face.

“That was really tough actually. There was lots of sand on the court. It was tough to play at that time of night.

“I think Ashraf [ref of the match] is the king of conduct stroke. He’s just giving conduct strokes without warning. In the fourth game there was the same situation, but a no let. But he managed the match well and I’m happy to be through. This was my first hit on court and it was tricky. I didn’t go on court today to practice in the morning and that was really difficult. I’m happy to get through and deal with all of the situation today. Thanks to the crowd!” 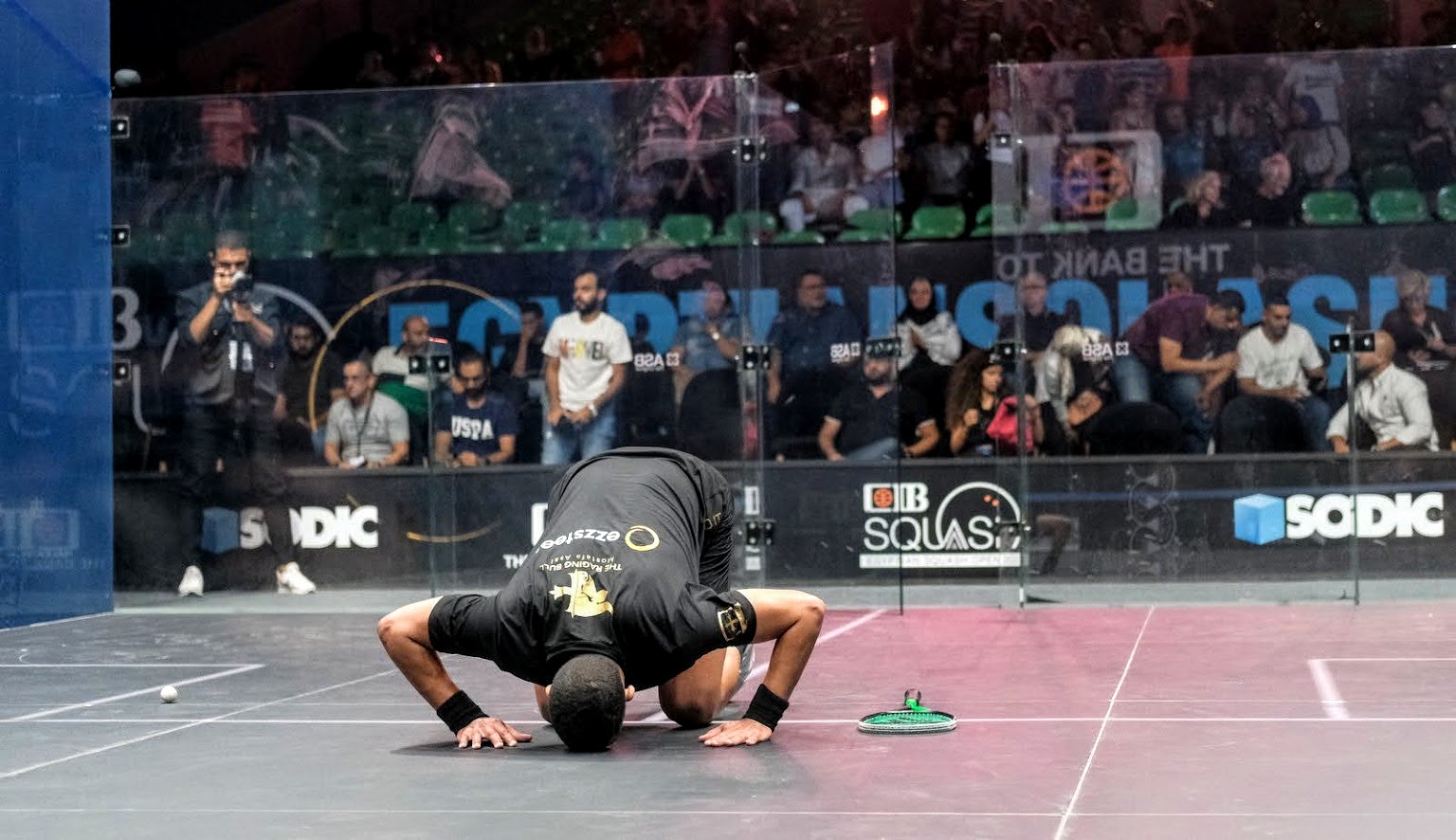