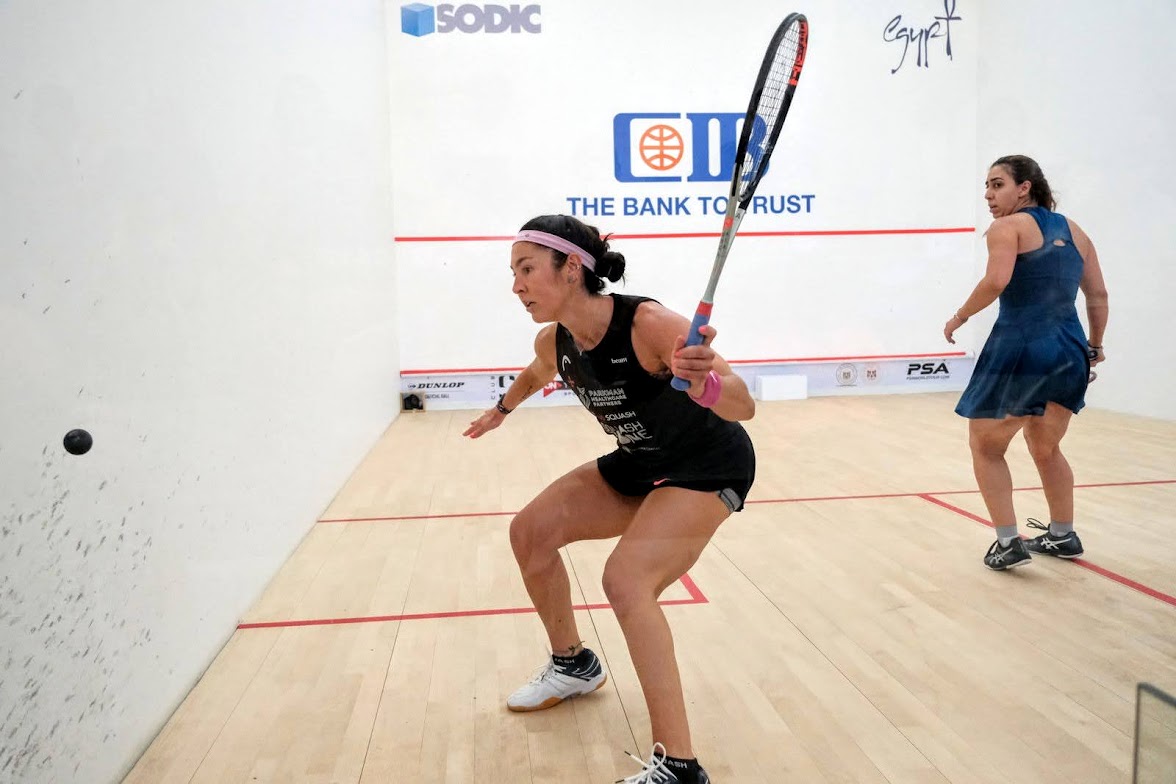 4/0 the record for Amanda, but although it’s a 3/0 today, I felt that Nadine has improved her confidence in her game. The first game was hard work for the American, and Nadine didn’t used to have the confidence to bring her own game to the court when she was playing the top girls. That has changed, for the better. Whatever you are doing Nadine, keep doing  it, you are on the right tracks.

Yes, we played a long(er) match right after college, in 2015….  I think my matches are on the shorter side due to my game style, ie I play a very attacking style, and my game plan is straight forward against her, so if I execute it, you know what you are going to get.

Sometimes, it’s a momentum thing, if they are on a roll, you’ve got to try and break it, that will give you a few points. But my record against her helps a lot for me but doesn’t help her confidence going in.

My next round, I play or my sister, or Nour El Tayeb. So I wanted to get some rallies in to test out the lungs, because I’m going to do a loooooot of running tomorrow. I didn’t want to feel my lungs tomorrow, I wanted to be prepared for it, so I kind of used today as a preparation…. 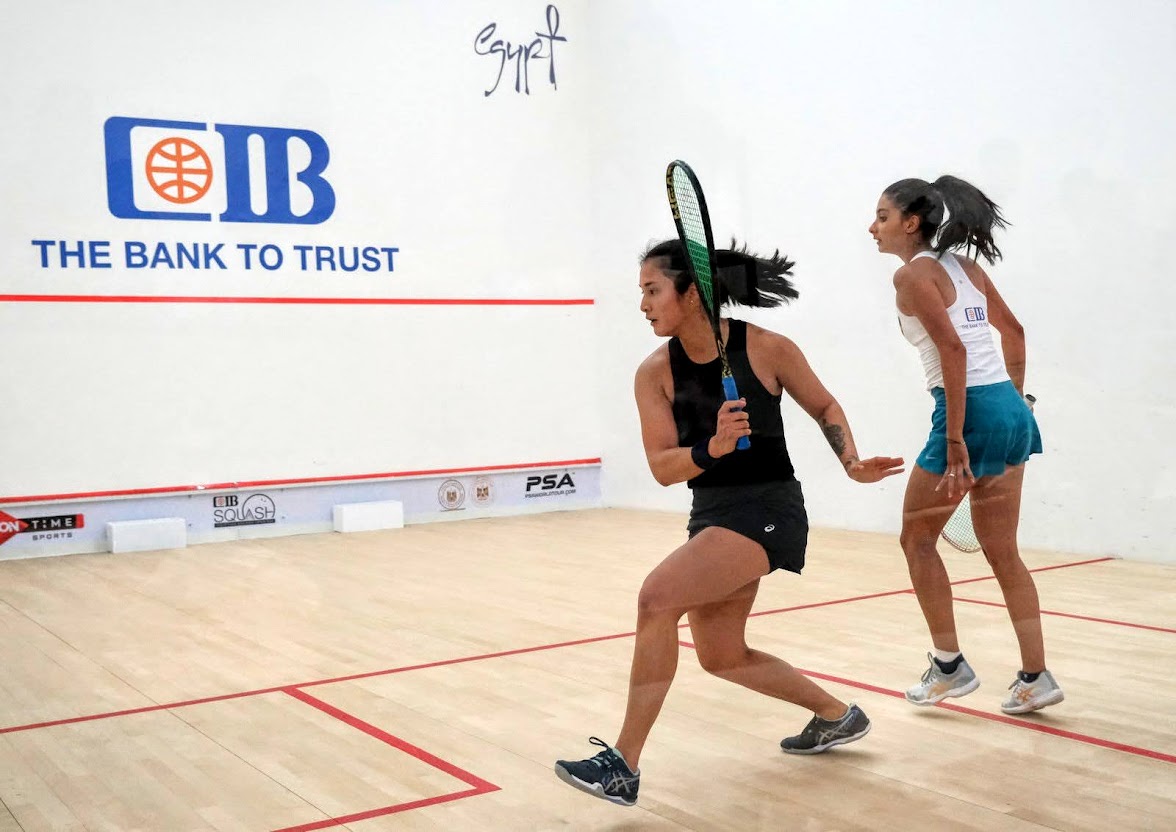 In one of the biggest upsets of the day, Rachel Arnold dumped World No.7 CIB Rowan Elaraby out of the tournament to reach the third round. Arnold, who’s No.26 in the world rankings, defeated the Egyptian in five games to progress to the next stage of the tournament, and she took the first game 12-10.

Elaraby, the tournament’s No.7 seed, made it level when she won the second game 11-8, but Arnold came roaring back in the third to reclaim her lead with an 11-9 victory. It was the third time the pair had met on the PSA World Tour, and Elaraby fought back again to make it 2-2 heading into the fifth decisive game.

But it proved to be a comfortable triumph for Arnold, brushing aside Elaraby 11-2 to confirm her place in the next round.

“It feels great! Rowan is a top ten player too, but it felt a bit more comfortable today and I went all in for the win. It’s a big event, so getting past round two makes me really happy so I’m glad to be moving into round three tomorrow.

“It was quite comfortable, but I had to really fight in the first three games. I’m happy with my performance. I have nothing to lose so I will give my best and hopefully I can play well again tomorrow.” 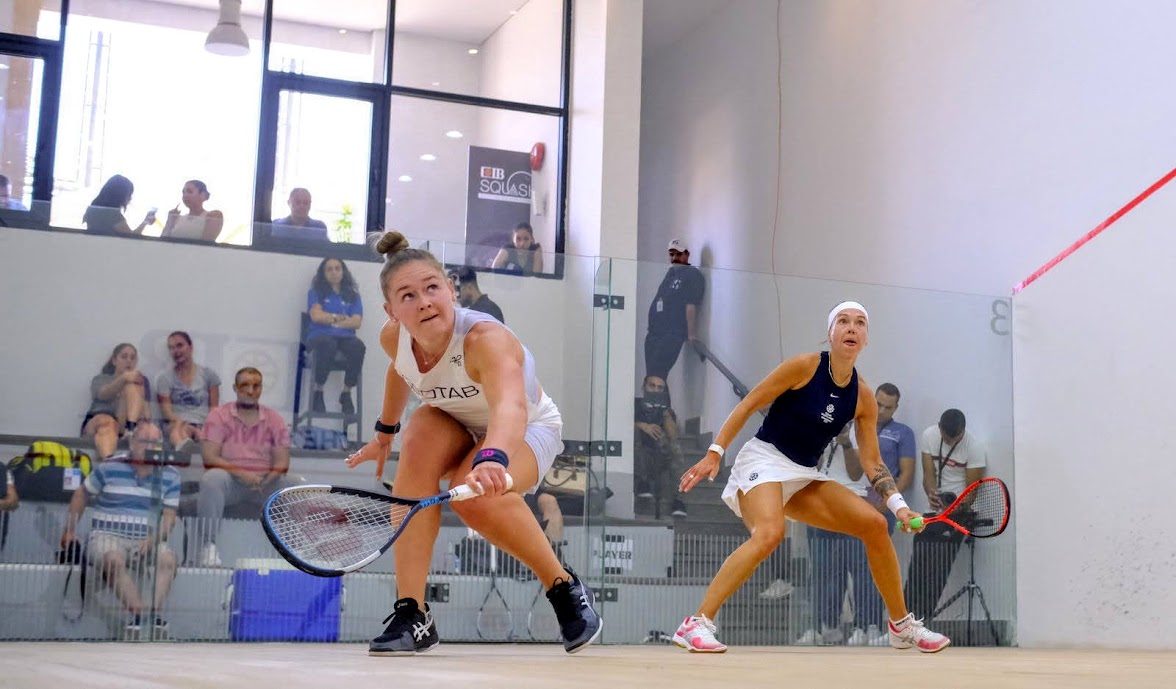 “I felt a lot better out there today compared to yesterday, which is good. It’s always tough playing a good friend so I just tried to focus on what I wanted to do and play each point one at a time.

“In the third, I became a bit passive at the end. I knew that once she won a game she’d get some confidence and came out quite strong in the fourth so I had to weather the storm and I was happy that I managed to do that.”

On her next opponent, Melissa Alves, she said:
“She’s tough. She’s a fighter and doesn’t give anything easy. I’ll have to be ready for a battle and will get stuck in!”