I didn’t see Grégoire match against Tarek, but I saw the one against Auguste Dussourd in Nantes, that he lost 11/0 in the last game. So I see what he meant about not the best….

But today, solid and moving well, against Patrick who I feel is starting to expect a bit too much of himself. The last game must be extremely frustrating for him as he simply didn’t play and made on top a few silly errors… Add insult to injury, he had to go to doping test… That’s really what you need after such a match where you come back from 2/0 down to lose in 5….

To be honest, my preparation last week was not the best, especially from a mental point of view. For some strange reason, I didn’t have much pleasure to play squash anymore, I had a great and tough preparation this summer physically, as I feel I may have not that many years left on tour, and maybe I had too many expectations. And when I lost badly against Tarek – I don’t mind losing but it was the way I lost I really minded.

My squash was not fun anymore, it wasn’t creative, it was just not me. And I realised that if it’s to play like that, even if it’s more productive at times, I’m really not that keen.

So today, I told myself to take pleasure in my squash, try new things, created and that it wasn’t going up, it didn’t matter that much.

Plus, I had an upset tommy after food poisoning in Nantes for the past 4, 5 days, so I wasn’t expecting too much of today. And my two games off, I guess I was trying to get a bit of energy back.. And I told myself to give everything I had left on every point, to to be frustrated at the end…

So I pushed and pushed, and he was the one that cracked up. That was a nice feeling. 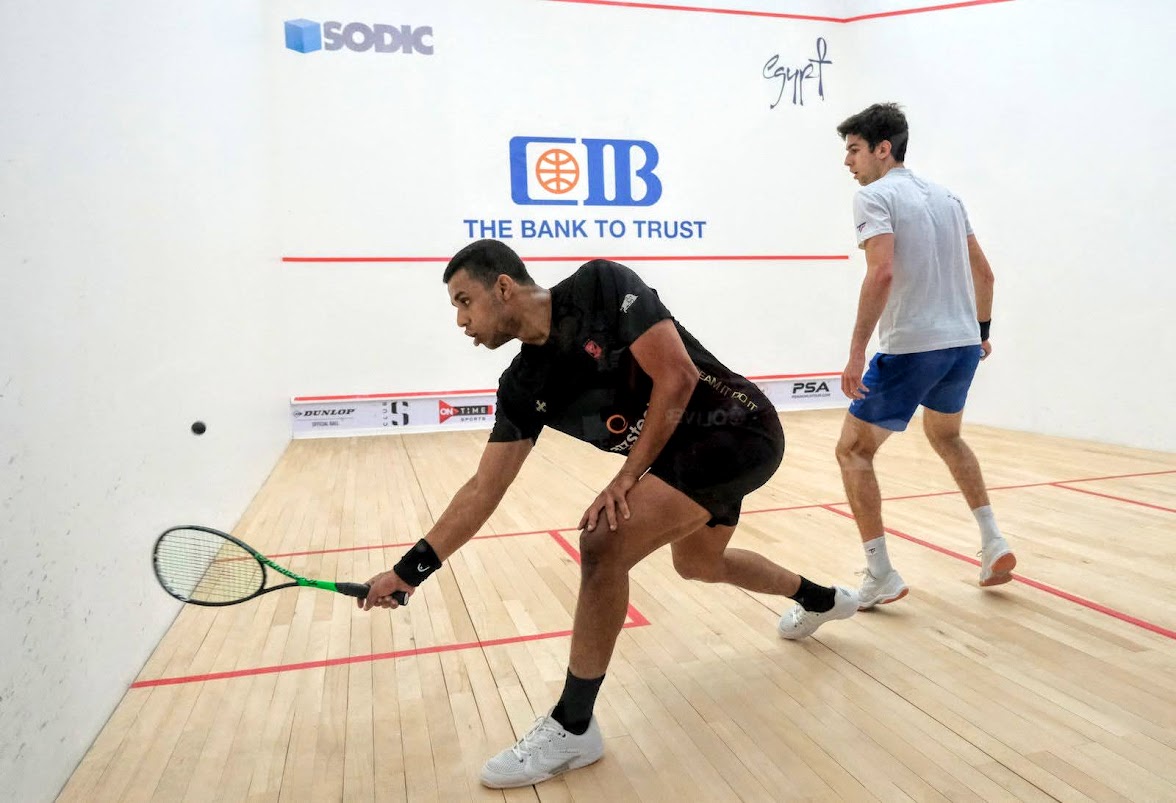 “He’s a really tough player. He played good squash today and I needed to be solid. The start of the season wasn’t that good for me. I had opportunities but with lots on my mind, like going through to being World No.1. All of this, mentally, is tough. I need to handle it. I think this tournament, on home soil, just ten minutes from my home cannot be more dangerous! I’m looking forward to it and great to start with 3-0 today.

“I deal with the expectations. In Qatar, when Ali and Paul lost early, there were lots of emotions for me. I was thinking ‘if I win this tournament, I could be World No.1. I don’t need to think like this. I think, at this tournament, I’m going fresh and I’m ready for it!” 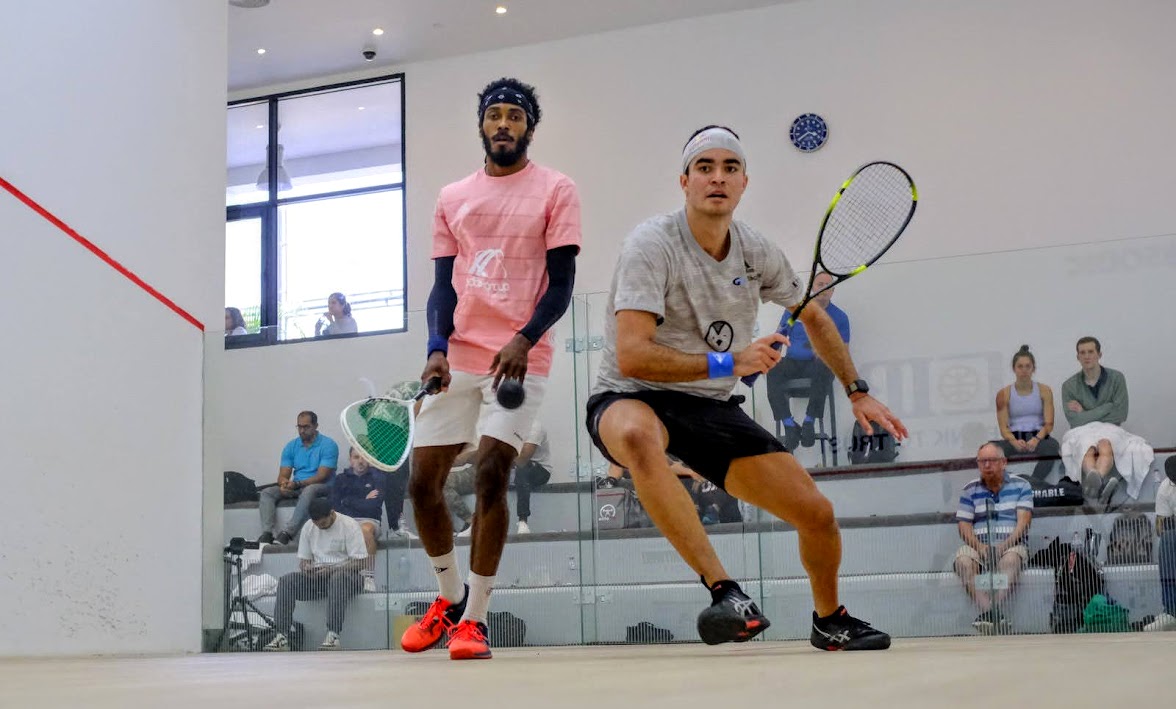 No.4 seed Diego Elias claimed a comfortable victory over Sebastien Bonmalais for a spot in round three tomorrow. Elias won a close first game 11-9, but Bonmalais responded well to make it 1-1 with an 11-8 win in the second.

However Elias, the World No.5, dominated the final two games 11-3 and 11-2 to set up a meeting with England’s Declan James.

“I didn’t start very well but I’m happy with the way I finished. It’s never an easy court – it’s a bit bouncy and it can be long rallies sometimes. I’m just happy I won the last two games. I’m feeling good for the rest of the tournament.