You could say that Amanda took a terrible start, or that Nouran was absolutely clinically astonishing good, 11/2 in 6m in the opener. Depending who you support really. But the truth is Amanda made an uncanny number of unforced errors, 5, that’s not her normal game: the wind could have a lot to answer for, as you need to get those balls very close to the tin to put the pressure on the Terminator. 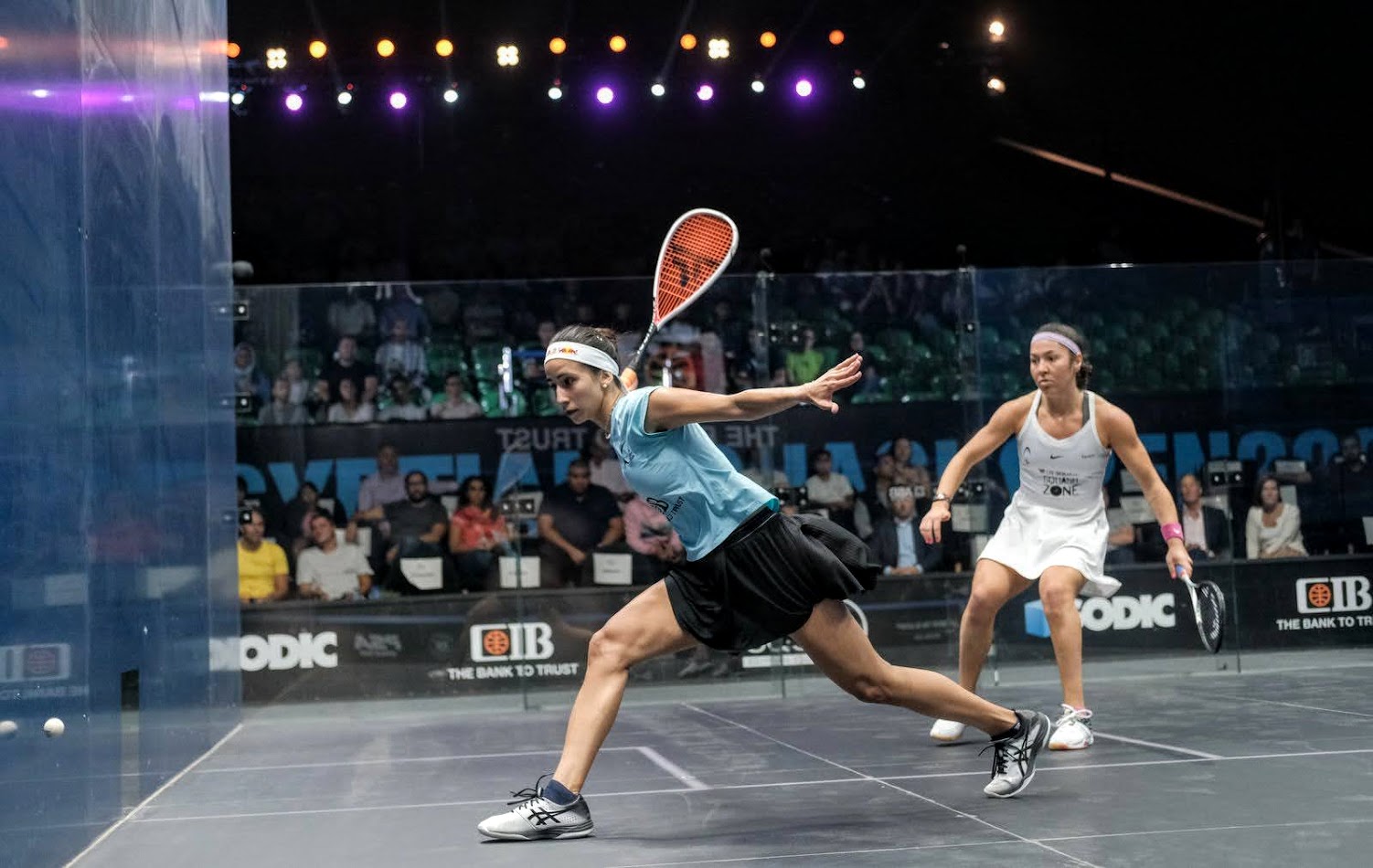 The third looks very much like going with the same momentum, 4/1, 8/5, 11/7, not a single error from the American, 3 for Nouran, who asks for a new ball for the fourth.

Bien lui en prit – a good decision that was, as she takes the lead, 5/2, all level at 5/5, but another hitting hard patch from Nouran, and it’s 9/5 11/6 in 9m, a few more errors from Nouran – she is trying to vary her game, and that means a higher percentage squash than her normal hit and hit, but she sets up the decider.

Nouran goes for a kill, 9/7. A very very long and gruelling rally follows and she goes for a back delicate redrop that I never saw her play before, under HUGE pressure. Amanda is wrong footed – we all were – and it’s match ball, 10/7. 11/8 on a no let after another superb rally, 13m last game.

Whooooh. What a stunning start to the evening. 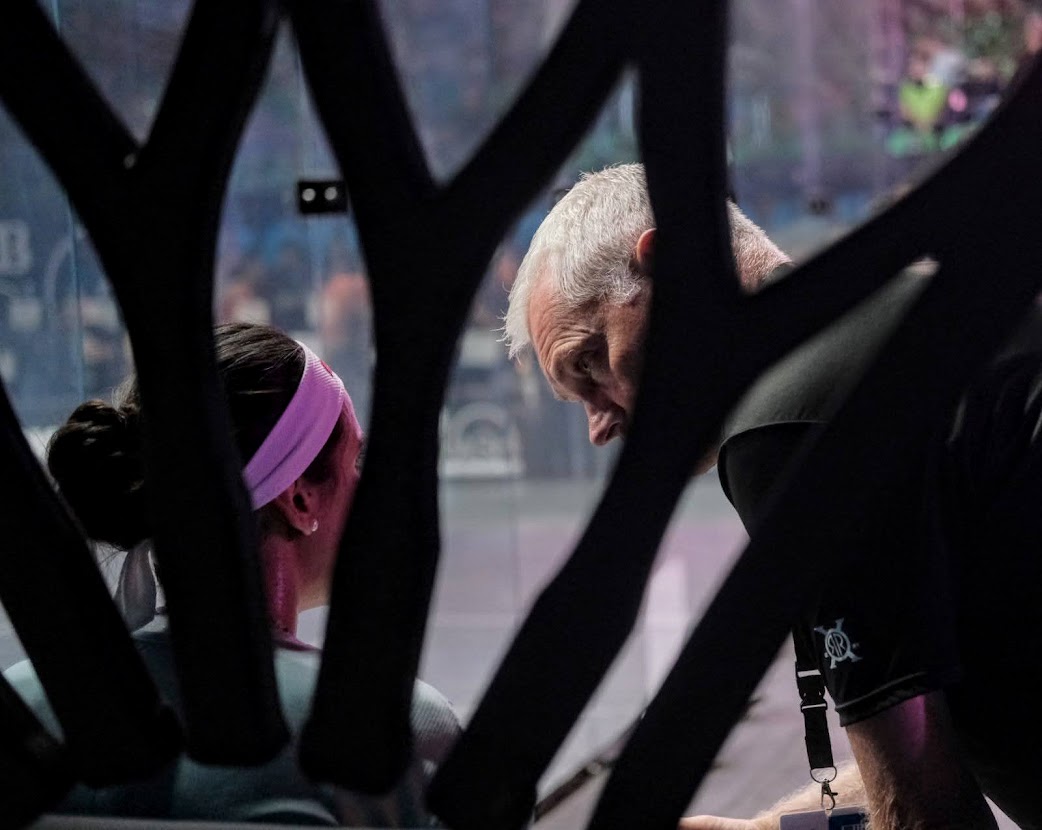 There are a few things that were difficult for her to bring in her game because she was so used to be so dominant by just one style of play. But obviously, everyone is getting used to that style. But it takes time to play differently under pressure, to have that confidence.

So tonight, it was so good to her her implementing those things into her game, trying to change a few little things, taking off the pace of the ball a little bit, take the ball in a bit shorter.

She actually did more with the ball, she changed the pace, things like that, and it made a big difference, made her wining the match. If she kept playing one dimensional hitting, there was a lot of things that Amanda would keep doing well, and she would have to think about putting pace in the ball herself, and other things that happened.

So there was some good signs from my point of view as a coach, to see her do that under pressure.

“On Amanda’s part, I think that’s the best she’s played against me. I like to watch everyone after summer training to see what they’re doing. I was watching her at Houston and could tell she’d improved a lot of things. I was up for it.

“In the first game I was playing really well and it took her a while to adapt. I was playing really well which actually scared me a bit, because when it goes too well it doesn’t go all the way like this. I’m proud of the way I dealt with it and if I wasn’t in Egypt, I don’t think I’d have been able to get back and play, so thank you to the crowd for cheering for me and giving me a big push.

“I had a great coach by my side. Rod told me to change some stuff, I’m not going to reveal everything, but I changed a bit in my tactics and weathered the storm a bit because she had nothing to lose as I was the higher seed. I had to weather the storm, which I don’t do usually, and then when I got the chances I attacked!” 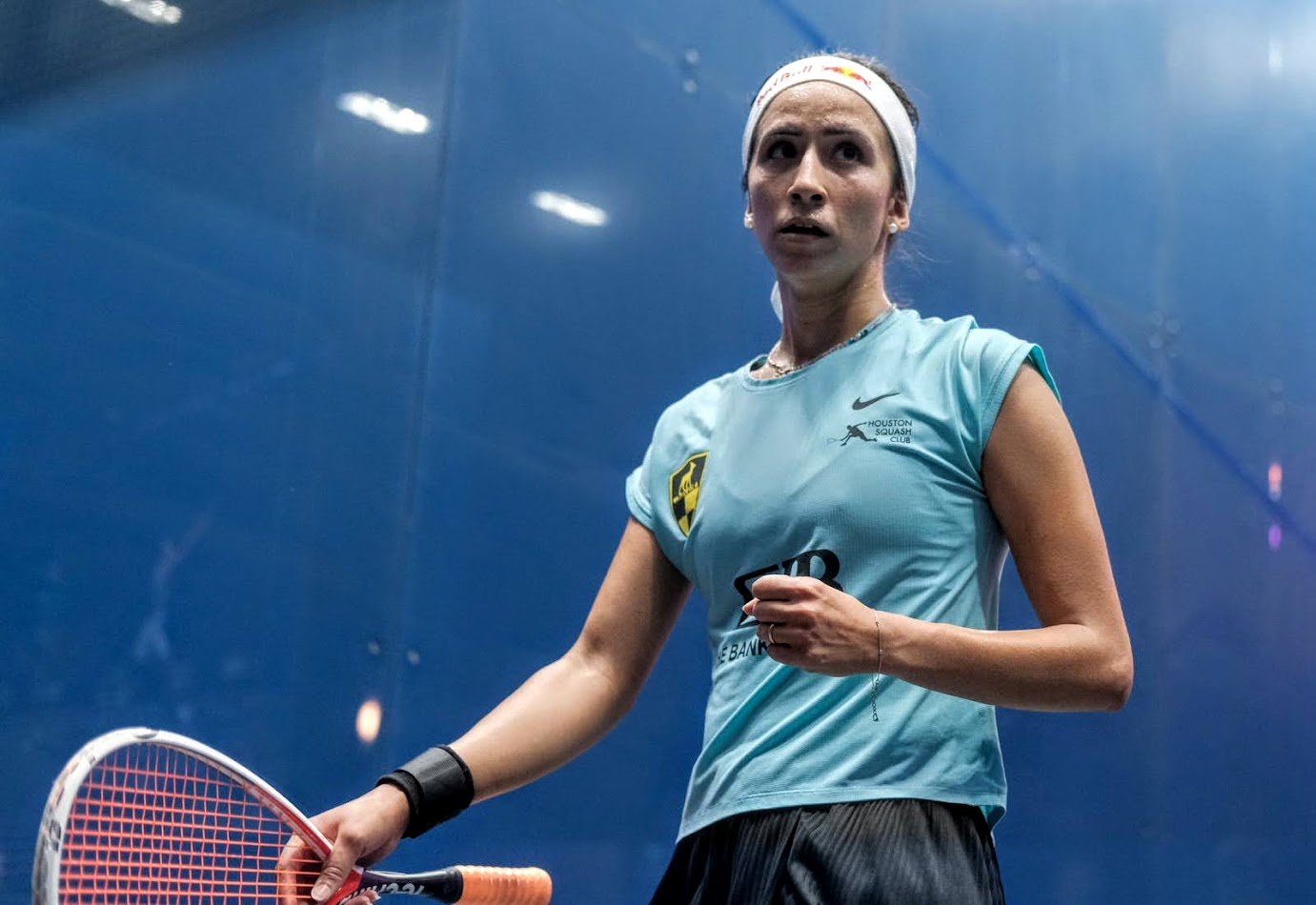