What a start. 23m opener. Two decisions. After what we just lived through in the previous match, it was a bit of a shock to the system, and SO REFRESHING. 3 errors from the Princess, 6 – that’ s a lot – for Hania.

Nour will need two more game balls to close the game, 14/12. Greg Gaultier, her new coach, makes himself heard at the end of the game, supporting the Princess from 12/12… Interesting to note that Nour’s fiancé, Abdullah, has the same attitude as Atef, Nour’s dad: he claps her errors, a very positive young man I thought. 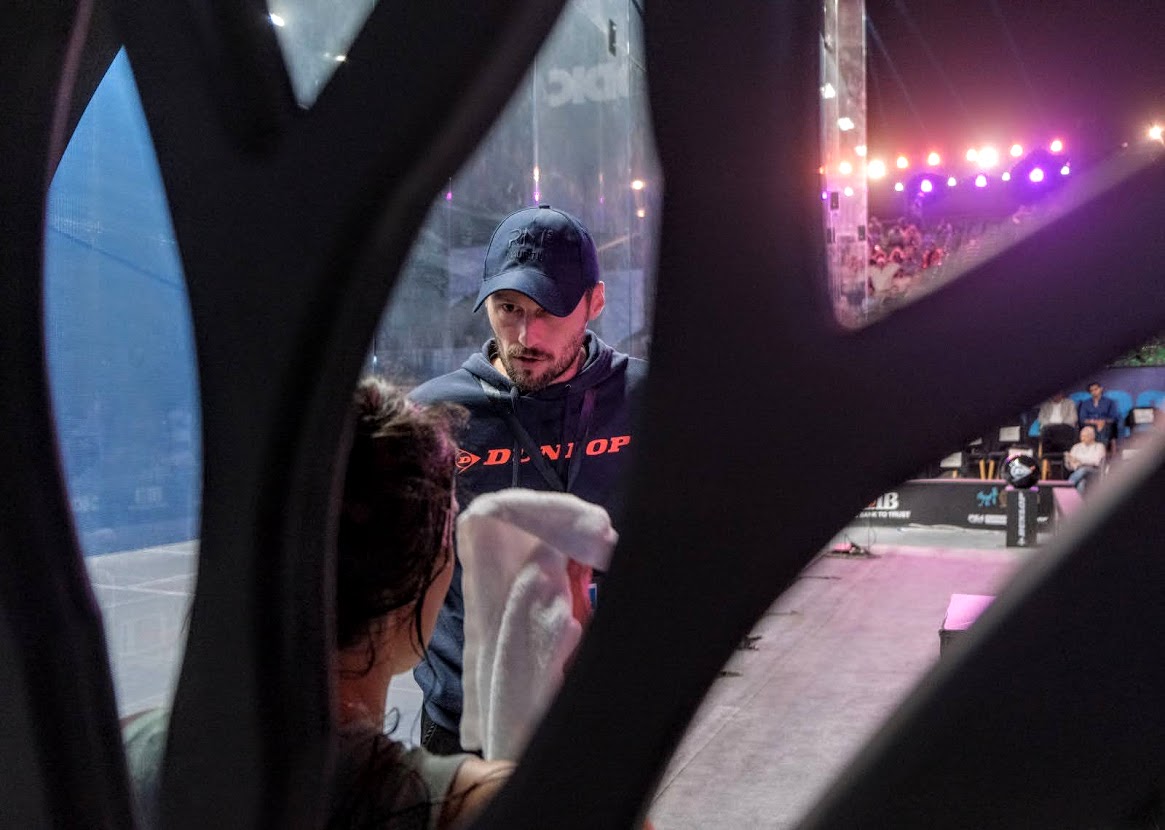 To be honest, the second is the turning point of the match. Up 4/0, 5/1, 6/2, Nour seems to be cruising nicely to a 2/0 lead, when suddenly, she changes her game plan and doesn’t seem to find her marks anymore. The dad tells me – I’m sitting between Mum and Dad, and right behind Brother Omar, long time coach Ahmed Shohayeb and Greg – that there is something not right in the way Nour’s playing. He called it. She loses 7 points in a row, and the game, 11/7. Out of the blue really.

Not a single error from Hania in that one, 4 from Nour.

Nour seems to have found her form again, quick firing, 7/4. But Hania is picking up everything, and returning with dividends, 8/8, 9/9. A gutsy, very gutsy volley forehand drive that sticks to the wall, and it’s game ball, 10/9. Another drive glued to the sidewall, 11/9 for the Gazelle.

The 4th has a strange silence throughout, as if the people – very knowledgeable – are careful not to breathe to loud.

Hania, good start, 4/1. Nour comes back close, 4/5. Hania ahead again, 7/4, 8/6. Is that enough? Que nenni. Absolutely not. A sublime volley drop that Greg celebrates before the point is over, apologising for it actually, and it’s 8/8.

A perfect width deep shot that dies in the back, 9/8 Hania. But an error, and Nour is back 9/9. An error from her too, and it’s match ball, 10/9. Nour lists the ball out of court and Hania throws her racked and raises her arms in the air. She just reached her best ever ranking of No.2. 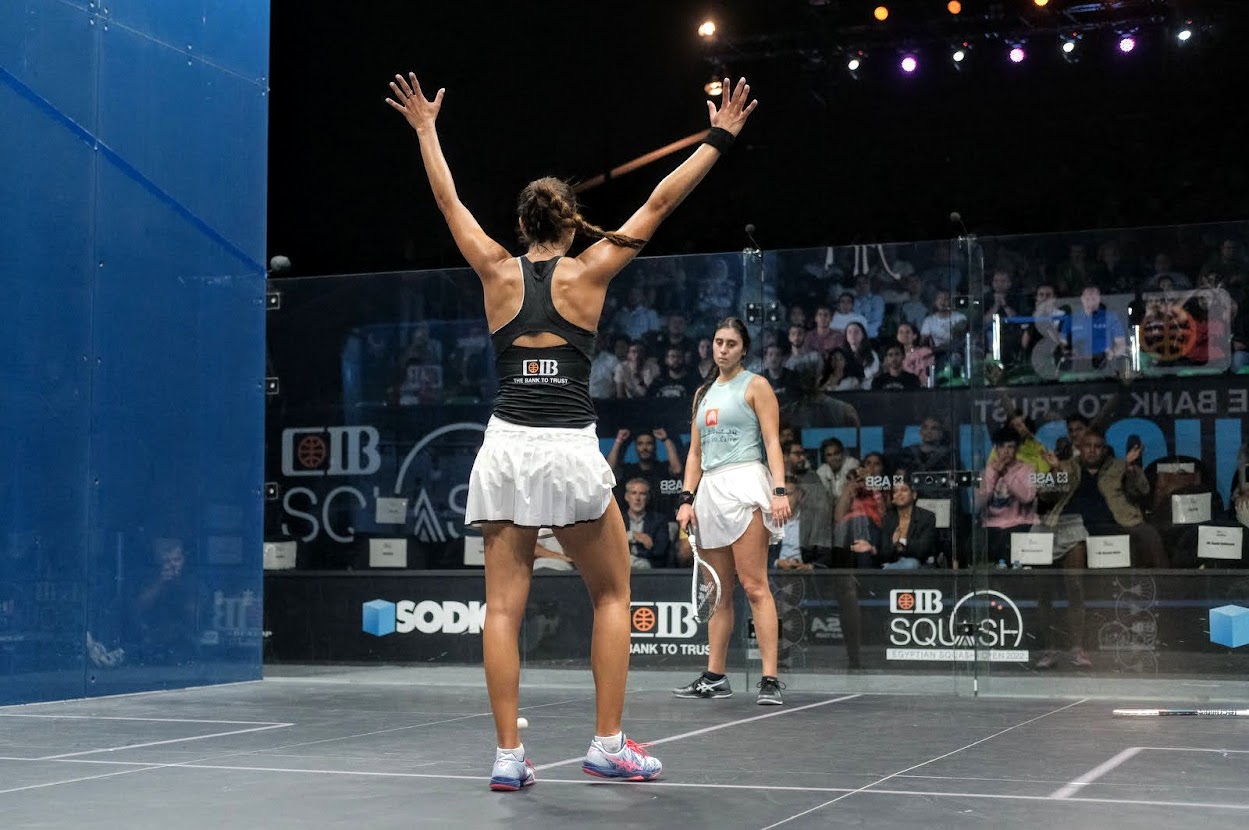 It’s a big move, a lot of changes in the top 3. The three of them changed everything in their training [Greg Gaultier is now coaching Nour, Omar is not coaching Nouran but Hania – after the departure of Haitham Effat for the States, and Nouran is coached by Rodney Martin] at the end of their season after the Worlds Finals.

So it was implantation of tactics tonight. And you could see it on court today, Nour was coming with a strategy, and a plan B as well, and we had a strategy, and luckily it went our way.

Today, windy conditions, we have to adapt, and that’s the mental part we’ve worked on the whole week. It’s not going only about squash, but the audience, the venue, Hania is still very young. And we hope we are heading the way up, the whole way hopefully.

I’m trying to change her way of thinking, not only how to win, it’s about how to adapt to situations…

“It was definitely a very tough match and I’m very happy to reach the final in my first major tournament of the season. Both of us jumped into the season with a new coach so definitely a challenge for both of us. We’re both trying to apply new tactics and strategies and I’m glad I managed to come out on top this time. Nour’s always tricky. Even if it’s not in the semis, I’m sure we’re going to be playing in many finals next season.

“I had an idea that I’d be reaching World No.2 possibly if I won this match, every time I felt I was approaching winning that match I was trying to focus on the point and the rally. But there were moments at the end of the match where my mind was thinking about that No.2 ranking, next monday’s rankings but I’m glad I pushed my mind through it and think rally by rally, and glad I managed to stick to my game plan…

My focus isn’t World No.2 though, it’s World No.1. That’s the main goal for this season … 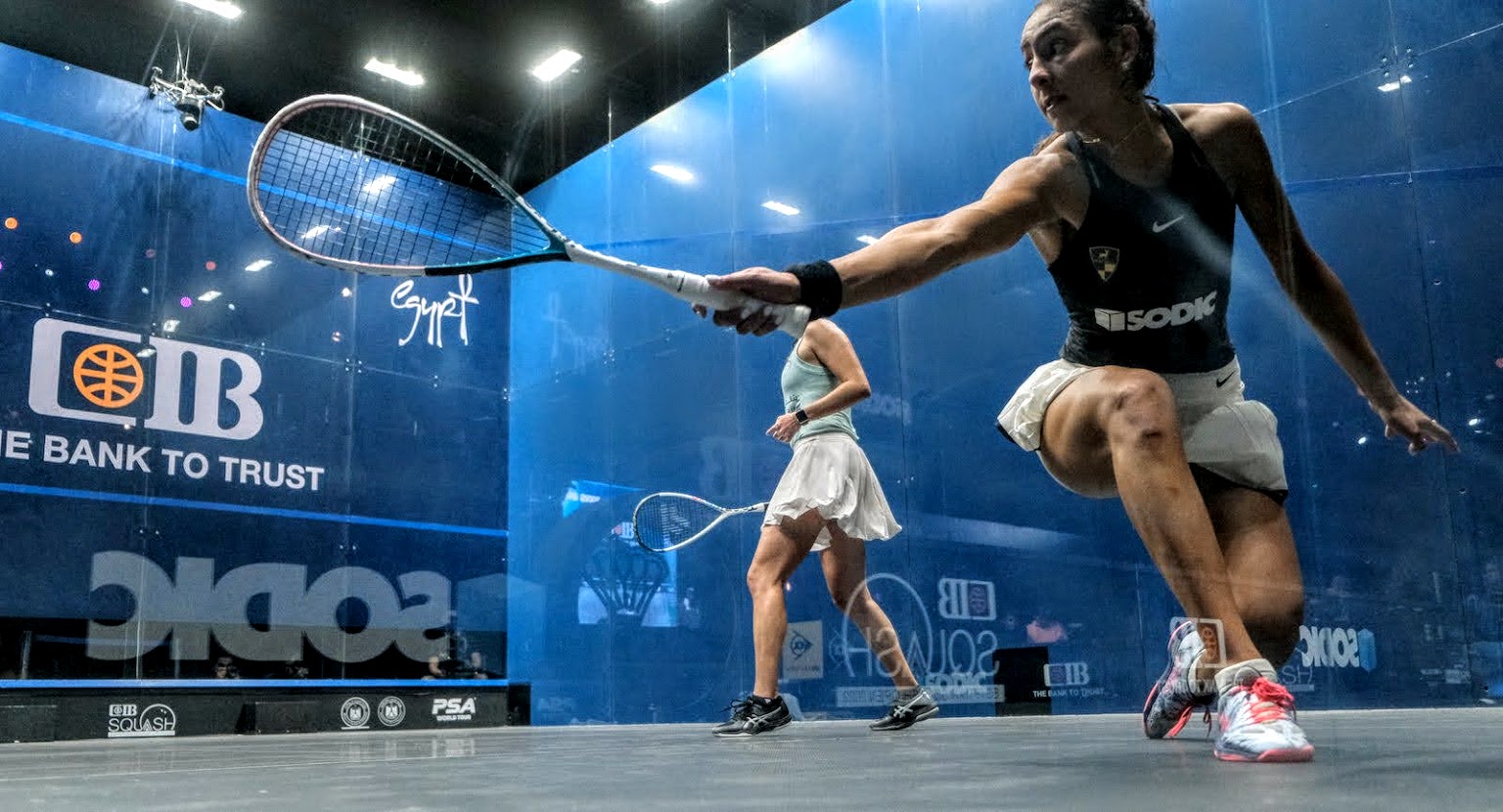